Judy Rugasira, the Managing Director of leading real estate consultancy, Knight Frank Uganda, has been reappointed to chair the Surveyors Registration Board.

The appointees to the Board were approved by Cabinet on Monday.

Judy who holds a Masters Degree in International Real Estate with over two-decades experience in real estate will lead an eight member Board which was approved by Cabinet during its sitting at State House Entebbe on Monday.

She will be deputized by Dr. Moses Musinguzi. Other members of the Surveyors Registration Board are: Stephen Bamwanga (valuation surveyor and former MP of Ndorwa West), Irene Laker Kitara, Wilson Sendikwanawa, Barbara Mugyeni, Duncan Tayebwa and Wilson Ogaro.

All board members must be registered surveyors, according to the Surveyors Registration Act 1974.

They hold office for two years from the date of appointment and are eligible for reappointment.

According to a briefing of the Cabinet resolutions, the function of the Board is to regulate and control the profession of Surveyors and the activities of Registered Surveyors within Uganda.

The Board will as well regulate all persons engaged in surveying including; Land Surveyors, Quantity Surveyors, Building Surveyors, Mining Surveyors, Hydrological Surveyors and Valuation Surveyors, as well as Land Agents and other professionals responsible for the management of land and buildings.

Concerning the powers of the Board, the Act states that “The Board may do all such things as are calculated to facilitate or are incidental or conducive to better carrying out its functions and for this purpose, but without prejudice to the generality of the foregoing, may acquire, hold and in any way dispose of any property movable or immovable”.

The same law adds that the Board may exercise such powers in connection with the disciplining and the registration of or the suspension from registration of surveyors as are vested in it by or under the Act.

The regulation of the surveying profession has always come under scrutiny especially when physical structures have collapsed sometimes before their construction is even complete. The more recent major incident was in April 2016 when a four storied building (Kyaseka Towers) along Makerere Road near Makerere University.

At least 3 people died while several others where injured and rescued from the rubble. Some eye witnesses said at the time that the structure whose upper floors were not yet complete had already developed cracks and that engineers had already warned against its continued habitation.

In its investigations, the Commission of Inquiry into land matters led by Justice Catherine Bamugemereire has at several occasions found glaring irregularities in the works of land surveyors in the execution of their works. It is some of these irregularities and flouting of basic procedures that has resulted into cases of land grabbing.

In some cases, land surveyors were found to have plotted coordinates for private properties in protected areas such as forests, swamps, forests and Lake Victoria.

The Bamugemereire Commission also established in other cases that the Surveyors had connived with land owners to encroach on other people’s properties. In Namugongo for example, the Commission directed for fresh opening of boundaries on several plots of land in a bid to establish the right boundaries and settle the dispute.

A number of Surveyors including District Surveyors have been arrested on the orders of the Commission in the course of its investigation, over matters relating to fraudulent practice. 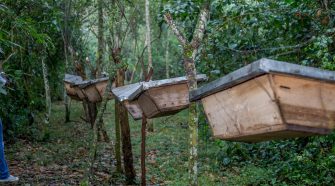