Former Bufumbira East MP, Eddie Kwizera, the concerned citizen who petitioned the constitutional court in May this year, seeking nullification of elections of MPs representing new Parliamentary constituencies, has revealed that the affected legislators did not listen to him when they offered themselves for election in those municipalities.

On Friday, a panel of five judges of the constitutional court unanimously agreed with Kwizera that the said constituencies were illegally created, thus throwing six legislators out of parliament.

The judges resolved that the election of the six MPs before the dissolution of the existing Parliament was null and void, reasoning that their election cannot stand because they offered themselves to contest for constituencies whose administrative units had not yet been demarcated by the EC as provided for in the constitution.

As such, he argued, such constituencies created by division of others would only take effect in the next general elections.

Speaking to SoftPower News, a visibly jubilant Kwizera revealed that some of the affected lawmakers are his friends whom he warned against contesting for leadership in the illegal constituencies but instead took his caution for granted.

He said his decision to go to court was driven by the fact that he understood that the creation of the six constituencies was indeed illegal and irregular.

“For us, we go by what the law provides. If decisions are taken outside the law, we always come out to challenge them in courts of law. I have no personal vendetta against any of the affected MPs, in fact, some of them are my friends. I told them, I told the Attorney General and I told the Electoral Commission that they were going to engage in an illegality but they did not listen to me and so, I chose to go to Court,” Kwizera told this website.

Kwizera now wants President Yoweri Museveni to put to task government officials who allowed the illegal exercise which led to wastage of taxpayer’s money by holding the said elections, to explain why they allowed it to happen.

“You know, in Uganda if we want to eliminate corruption, the President should reach out to every Ugandan to join in the fight against it. You can’t remain silent when you see an illegality going on. The President ought to task these government officials to explain where they were when this illegal exercise was taking course,” Kwizera said.

“The President should dismiss these bad elements in government or else the recent walk against corruption is a waste of time,” he added.

He explains the the Electoral Commission is after ‘making’ money in holding elections in newly created constituencies instead of first ascertaining whether they they are legally constituted.

Court awarded Kwizera half costs to be paid by the Electoral Commission. When asked whether he was excited about the money, the former lawmaker maintained that he only went to court to rectify an illegality.

“This is not my first case, there are many related others. I always run to Court whenever I see an illegality, I don’t go to court to get money, no, I only do it to have well streamlined legal activities in the country,” he said.

On the intentions by one of the affected legislators, Asuman Basalirwa (Bugiri Municipality), to drag government and the Electoral Commission to Court should they fail to appeal against the constitutional court judgement, Kwizera says no ‘sane’ government official will appeal against the decision.

“There are only three categories of legislators in parliament of Uganda the first being those who represent constituencies established by Act of Parliament and those are 214, the other category is of those in there by resolution of parliament and are 84 in number and lastly these outed ones who went there after a second time voting by their electorate in five years contrary to the fact that every Ugandan votes once in five years,” explains Kwizera.

He says a Ugandan can by law vote more than once in five years in case of a by-election.

“They have no chance of appealing therefore. What can they appeal against? They are representing constituencies which do not exist. In fact, even the Attorney General can not appeal against this judgement,” he added.

Kwizera says the judgement will be served to the Speaker of Parliament on Monday and once this is done, the six affected MPs will not be allowed in the house as lawmakers.

When we sought a legal opinion from city Lawyer Abdallah Kiwanuka on whether the legislators can seek redress from the Supreme Court against this particular judgement, his response was in affirmative.

“There is what we call hierarchy of courts and our Constitution provides that if a person is not satisfied with the judgement in the lower courts, he or she has the right to go to a higher court and appeal against the decision, you can’t block them. The highest court in Uganda is the Supreme Court where the MPs can still go,” he said.

Kiwanuka reiterates that much as the election of the MPs was nullified, court did not entirely agree with Kwizera’s petition and so, the Supreme Court can still overturn the decision if it deems it fit in case the MPs appealed. 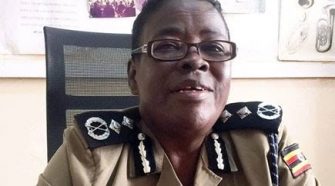