Government has declared Friday this week as a day of national mourning for the victims that died after a boat capsized on Lake Victoria over the weekend.

A boat said to have been carrying 120 people capsized on Saturday killing over 30 people. Preliminary findings, according to President Yoweri Museveni, reveal that the boat was unworthy for sailing as it was unregistered, unlicensed and in poor mechanical condition.

The President also said that the boat was loaded beyond its capacity of 50 people.

Since the tragic incident, Ugandans have been pouring out messages on social media, expressing grief and extending condolences to the families and loved ones of the deceased. Many of those who died were young people who were on an excursion party.

On Tuesday, a requirem service was held at St Thomas Church of Uganda in Kiira for Michael Bisase alias Templar and wife Sheila Bisase the owners of the capsized boat who were also on board on the fateful night.

The First Deputy Prime Minister, Gen Moses Ali told Parliament on Tuesday afternoon that Friday November 30 will be a day of national mourning for those who perished.

Gen Ali was delivering a statement on behalf of government to the House regarding the tragedy.

The death toll according to the Police and UPDF now stands at 33. The search for more dead bodies is still ongoing as search teams suspect that more people could be trapped beneath the boat wreckage which is yet to be extracted from the lake bed. 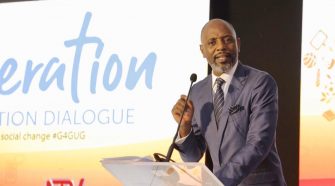