The Uganda Law Society (ULS) has called on communications regulator, UCC, to rescind its recent directive issued by the regulator to 13 broadcasters ordering them to have Senior staff suspended over content relating to the recent arrest of opposition politician, Robert Kyagulanyi alias Bobi Wine.

The regulator says there are concerns that the nature of content aired on these broadcast stations particularly during live programmes, breaking news, and main news bulletins on that day did not comply with the minimum broadcasting standards.

In a statement issued Monday by Simon Peter Kinobe, the ULS President, he said UCC does not have a legal mandate to order suspension of any media staff.

“Disciplinary action against journalists is the mandate of the media council, whose functions are clearly articulated in section 10 (1) of the Press and Journalist Act, Cap 105,” ULS said.

“The alleged “directive” is illegal, null and void for violation of due process and fair hearing principles enshrined in articles 28, 42 and 44 of the constitution of the republic of Uganda, 1995 (as amended)”.

UCC cannot be the complainant, investigator, judge and executioner of the alleged breach of minimum broadcasting standards, said the law society.

The lawyers’ body says the purported “directive” by UCC is prejudicial, an affront to media freedom and intended to muzzle journalistic expression and access to information such as live coverage of political events contrary to Article 29 of the constitution of the Republic of Uganda, 1995.

“The Uganda Law Society calls upon the UCC and particularly its Executive Director to rescind the purported “directive””.

ULS says it shall continue to follow this development with keen interest with a view of using all available legal options to defend the media fraternity and free press.

The appeal from the lawyers comes days after the National Association of Broadcasters (NAB) also asked UCC to rescind the directive.

Kin Karisa, the NAB Chairman, said the move if effected, is likely to undermine the quality of journalism by creating an environment of fear and as well weaken standards and controls already established at the media houses and amplify the risk that led to UCC’s intervention in the first place. 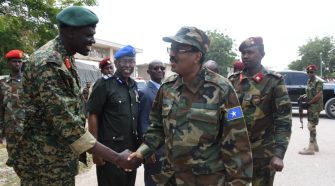