Lawyers and family members of detained MP for Kyadondo East MP, Robert Kyagulanyi alias Bobi Wine have been denied access to see the legislator at the Gulu military barracks where he is said to be held.

Asuman Basalirwa, one of the lawyers of Bobi Wine told reporters on Thursday that he was not allowed by the military officers to see his client.

He said that the officers at the barracks were not forthcoming regarding the whereabouts of the MP who was arrested on Tuesday in Arua.

“What is very clear is that the officers here are non committal on whether Hon Bobi Wine is here or not. But from the conversations we had, it might be evident that perhaps he is here,” lawyer Basalirwa said.

“What is clear is – we have been denied access to meet him and speak to him. The communication at the barracks is confusing,” he further said.

Basalirwa said that they had been given conflicting accounts, at one point that Bobi Wine was taken back to Arua, but at another point, that the military court martial is due to sit at the same barracks.

“They said he was here for treatment and was taken back to Arua. But at the same time, he (officer) says the court martial is coming to sit. There is concealment of information and it is unfortunate”.

Former Leader of Opposition, Winfred Kiiza who is also in Gulu together with other opposition politicians said that the family of Bobi Wine was also denied access to him.

“We still want to demand that they tell us where our colleague is. Where is the representative of the people of Kyadondo East?,” she said.

“His wife has been denied access. It is really unfortunate that his wife can come and they say no to her, and the lawyers too. So, who can access him if his closest family members and lawyers can’t?”

On Wednesday, the Speaker of Parliament instituted an adhoc committee of 6 MPs which was tasked to travel to Gulu and ascertain the state in which the detained 4 MPs are. The other legislators who were arrested are Paul Mwiru, Francis Zaake and Gerald Karuhanga.

But according to Kiiza, denying the same committee of Parliament access to Bobi Wine is a manifestation of how much the power and institution of Parliament is abused. The government is dealing with institutions only when it so wishes, Kiiza said.

“What does this speak of our Parliament? That the Speaker’s directives can not be respected?” Kiiza wondered.

She suspects that Bobi Wine was badly tortured, which is perhaps why the military does not want him to be seen. 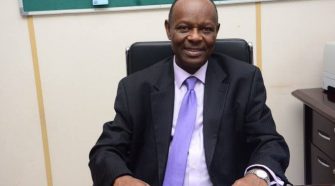