The Deputy Attorney General,/Mwesigwa Rukutana has assured members of Parliament sitting on the Committee of National Economy that the legal battles and bickering within Finasi/Roko Construction Special Purpose Vehicle (SPV) have no direct effect on the construction of Lubowa International Super Specialized Hospital.

The Minister of Health, Dr Jane Ruth Aceng told the House last week that despite the government having honored its contractual obligations, it has been noted that there exists a legal dispute filed in the High Court (Miscellaneous Application No. 371 of 2019) between the Shareholders of the contractor, M/s Finasi Ltd and M/s Roko Construction Ltd.

Aceng said that the crux of the dispute emanate from the disagreement between the parties regarding the proposed admission of a Chinese sub-contractor PowerChina Guizhou Engineering Co. Ltd to conduct civil works by the Contractor Finasi/Roko SPV Ltd which has been deemed oppressive by Roko.

He said that to date, the Ministry hasn’t approved the proposed sub-contractor as requested by the Special Purpose Vehicle subject to proof of technical and financial capacity.

However, while appearing before the committee, the Deputy Attorney General noted that the legal battles can not directly affect the project implementation adding that the work is smoothly going on.

“As of now, yes we know there is a disagreement going on between the two shareholders of the company with which we contracted, however, implementation of the project agreement is going on so well,” Rukutana said.

Rukatana noted that according to the information from the Supervisor is that the implementation is ahead of schedule.

“Even if we know that there are a lot of disagreements, those disagreements have not affected the execution of the works as per the agreement and so it is not yet of a concern provided the work is going on,” Rukutana noted.

Asked to comment of the refusal by the Ministry of Health to approve the proposed sub-contractor PowerChina Guizhou, Rukutana noted that his office is not aware that such as happened since they haven’t been briefed on the issue by the Ministry.

He however noted that once his office is notified on the matter, they will advise accordingly. 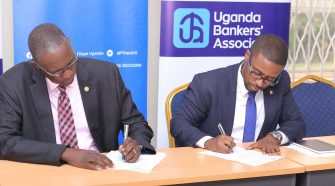