Legal Brains Trust, a Ugandan democracy and human rights watchdog has petitioned the East African Court of Justice challenging the appointment of Justice Jane Francis Abodo as the Director of Public Prosecutions.

Jane Francis Abodo was appointed DPP by President Yoweri Museveni in March this year. She was then vetted and approved by the appointments committee of Parliament on April 6. But, Ivan Sengendo, one of the directors of Legal Brains Trust says that the process leading to Abodo’s appointment was marred with improprieties.

Sengedo alleges that Abodo received tacit approval from the Top three heads of the Judiciary and the Judicial Service Commission and received preferential treatment over other judicial officers who could have wished to work as DPP.

The application comes barely a month after Isaac Ssemakadde; one of the directors of Legal Brain Trust was arrested and released on charges of cyber harassment and offensive communication when he reportedly insulted Abodo on twitter.  In the tweet, Ssemakadde equated Abodo to a ‘rotten tomato.’

This is the second application before the East African Court of Justice challenging Abodo’s appointment as the DPP following another by Male Mabirizi. 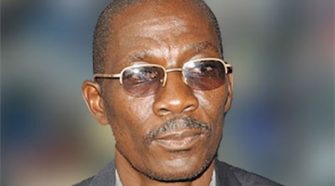