Members of Parliament under the Uganda Parliamentary Forum on Children (UPFC) have decried the increased remand and torture of children who are found in conflict with the law.

The members were Monday afternoon addressing the media at Parliament ahead of the International Children’s Day (ICD) to be celebrated on Tuesday.

The cry from the MPs follows a survey visit at Naguru Remand home where they had a chance to interract with the children that are in conflict with the law.

UPFC Chairperson, Benard Atiku said that their visit at the remand centre was aimed at visiting the said children to ascertain the conditions they live under as well as compiling a report that will be discussed with several stakeholders including the Inspector General of Police (IGP), the Director Public Prosecution (DPP) and the Chief Justice.

Atiku who doubles as MP for Ayivu county said that during the visit, they discovered that there are a number of children that have stayed on remand for more than the prescribed 48 hours but have never been produced before courts of law.

“Some of these children have spent weeks and months without being produced before courts of law which is a violation of the 48 hours rule,” Atiku said.

The legislator also revealed that the children at the Naguru Remand Home have not accessed or benefited from probono legal services.

“There are those before Courts for murder and aggrevated roberry but the way some are treated by the Police reveals a lot of torture,” added the MP.

Other findings state that some children have been denied their right to; negotiations outside courts and they have on several occasions, police bond and court bail which would have saved them from being abandoned in prison.

The Vice Chairperson, Elizabeth Karungi added that most of the children are not accorded advisory proceedings in court as well as an environment that would enable them to express themselves freely before court. 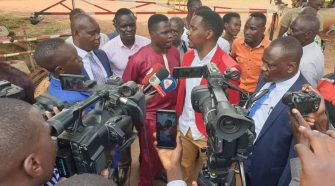