A section of Members of Parliament (MP) have expressed shock over the recommendations that were put forward by the committee on Commissions, Statutory Authority and State Enterprises (COSASE) on the concluded probe into the closure of the seven defunct banks by Bank of Uganda (BOU).

The Committee report was tabled last week by the then committee chairperson, Abdu Katuntu highlighting a number of findings and several recommendations that have been found wanting by some legislators as they debated the motion to have the report adopted by the house.

The lawmakers noted that during the committee proceedings, the committee gave Ugandans a lot of hope but have let them down with a report that is simply massaging and sugar quoting the culprits.

They noted that the report should have come out candid and named the culprits so that they are held personally liable for their mistakes.

Ngora County MP David Abala noted that the committee did a good job in identifying the diseases in BOU but failed to prescribe the right treatment.

He wants the people responsible for the mess to be named for the world to know because they caused problems to the economy of the country.

“Panadol was used on a strong diagnosed disease; the people who are responsible for the closure of these banks must be named so that the whole world gets to know their shoddy roles they played which has affected the economy to date,” Abala said.

Toro District Woman MP Sarah Opendi said that with the growing trend of corruption in the country, the people entrusted with public offices need to act responsibly hence recommending for resignation of individuals who neglected their work.

“I wish the directors were mentioned but to say that the directors who failed in their duties should be named, who are these; should we now as Parliament sit and begin digging out and finding out who these people are!” Opendi wondered.

“I find this report lacking and the IGG should investigate any act of omission that could have been occasioned by the committee,” Opendi added.

Butemba county MP, Pentagon Kamusiime noted that the report ought to named which people were responsible for what and how they can be charged or else no money is likely to be recovered in the whole process.

The Soroti county mp Kenneth Esiangu wondered why the committee failed to bring out names of the culprits since all they did was in line with impunity, he wants the properties of those culpable confiscated.

He wants the state house anti-corruption unit led by major Edith Nakalema to investigate the report.

Lutseshe County MP, Godfrey Watenga noted that he was left wondering why the committee was so tough during the proceedings yet has come out so calm in their report.

“We must find out what happened between the meetings and the report making because the public is looking at Parliament, this is a real mess,” Watenga added.

Rubanda Woman MP, Prossy Akampurira noted that it is so absurd that the committee proceedings and the recommendations don’t tally.

“We were all eager and wanted all along to receive this committee report; this report seems sugar quoted and I hope members were not sugar quoted,” Akampurira said.

However responding to the allegations raised by members, Katuntu noted that the house should know that what they presented in the report were committee proposals adding that the house has a right to either adopt the recommendations or reject all of them. 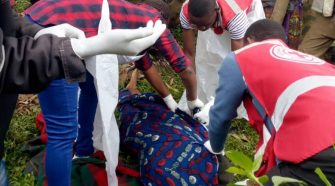 Red Cross: Rwandan Woman at Kyanika Border Breathed Her Last as We Tried to Save Her Life