The Ministry of Education and Sports has revealed that it will soon issue guidelines to be followed as candidate classes resume their studies.

While responding to a matter of National importance raised by Mbale Woman MP, Connie Nakayenze Galiwango, the Minister of State for Higher Education, John Chrysostom Muyingo said that the Ministry is engaged in several meetings to draw guidelines and the Standard Operating Procedures (SOPs) that shall be followed when opening up schools.

Nakayenze wondered how students from border districts shall be transported from their homes to schools which are in different districts.

On Monday this week, President Yoweri Museveni permitted the reopening of schools for candidate classes; P7, S4, S6, and finalists in tertiary institutions and universities on June 4, 2020.

Nakayenze said it will be challenging for some students and pupils who have been accessing school using boda bodas as a means of transport, since the boda bodas have been barred from carrying passengers.

“The other issue is the curfew time. Some pupils walk long distances from home to school. To catch up with school time, they have to start walking at 5am yet curfew ends at 6:30am. This is the same issue with coming back from school, they may reach home beyond curfew time,” Nakayenze said.

She also demanded to know how many masks shall be given to school-going children since they will have to wash the one mask and yet return home late.

Busia Municipality MP, Geofrey Macho asked the minister to also guiding the country on Nursery Top class children who he says are also considered as Finalists since they would be joining another level of education next year.

“Nursery has Baby class, Middle Class and Top class and yet Top is a candidate class, but the President kept quiet about it. Moving from nursery (Early Childhood) to primary makes that pupil a candidate. Government should come out and guide on the same,” Macho said.

In response, Minister Muyingo requested for time to finalize guidelines on the matter.

Muyingo also said that the ministry is looking into the issue of school fees which will also be considered in the guidelines.

“It’s going to be part of the guidelines, when we are sharing with Parliament, even the issue of Top class shall be addressed,” Muyingo said. 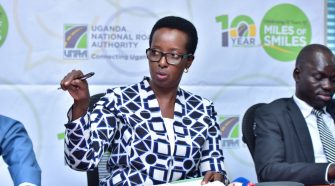