Human rights lawyer, Isaac Ssemakadde has challenged the legality of the directive that was recently issued by the Ministry of Education ordering proprietors of all private schools to pay teachers and other staff their full salaries for the lockdown period.

On May 18, the Education Ministry Permanent Secretary, Alex Kakooza issued a directive that these employees should be paid for the lockdown period beginning March 18.

This directive has since caused mixed reactions from the public and a number of school heads have vowed to defy it, noting that the schools have not been earning due to the closure of schools in the wake of coronavirus.

The Ministry argued that despite the forced closure of education institutions to combat Covid-19, private institutions are expected to have budgeted for wages for the entire school year.

Ssemakadde has thus come out to offer a legal opinion on the matter. In his legal opinion, the lawyer noted that the ministerial directive is illegal, irrational, and fundamentally unfair adding that the directive is not an enforceable rule in law.

“Pursuant to section 57(d) of the Education (Preprimary, Primary and Post Primary) Act 2008, the minister of education and sports may, by statutory instrument, make regulations for the management and control of private schools. Clearly, the Act forbids the minister or her subordinates from using arbitrary letters, directives, guidelines, circulars, speeches, press statements or other documents by whatever name called to regulate the affairs of a private education institutions,” Ssemakadde argued.

He says the Ministry’s rule-making authority in relation to private schools can only be lawfully invoked by the Education Minister through a gazetted statutory instrument as defined in Part IV of the Interpretation Act.

“It follows that in authoring and circulating the directive at issue, the Permanent Secretary not only usurped the rule-making powers exclusively vested in his line minister, but also failed to dress it up in the prescribed format. It is therefore blatantly illegal, null and void,” Ssemakadde said.

He added that schools may remain closed for a substantial period of time and employers may be unable to utilize the services of all teachers and other staff who were gainfully employed before the pandemic.

“Why should they be forced to continue providing remuneration to employees from whom they expect no work to be done during this period of uncertainty?”

The Executive Director Legal Brains Trust argued that the directive was irrational and that in issuing it, the Ministry unreasonably combined like and unlike terms.

“Whereas the wage bill in some of these institutions is fulfilled through government grants and subventions drawn from the Consolidated Fund, private institutions do not enjoy this privilege,” Ssemakadde noted.

“The directive is therefore devoid of logic in so far as it purports to impose a one-size-fits-all approach to education financing which is not only impracticable, but also insulting to private school owners who must painstakingly mobilise operational funds from a limited range of sources and usually on very onerous terms and conditions.”

He questions why government would force private sector employers to be compassionate towards furloughed employees yet in other African countries like Kenya and South Africa, lockdown wages have been funded by the government.

Ssemakadde further argued that the directive was fundamentally unfair adding that it was not preceded by fair and adequate consultation with the relevant stakeholders.

“In sum, the state’s historical failure to take adequate steps for the progressive realization of the rights to disaster relief and basic social security for all, including unemployed Ugandans, should not be used as an excuse to exploit and harass private sector employers during this crisis.” 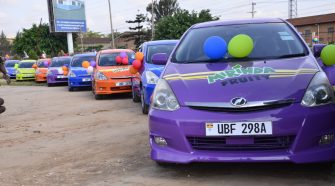 Crown Beverages to Give Away 25 Cars in New ‘Tukonectinge’ Promo