The Leader of Opposition in Parliament, Winnie Kiiza wants Parliament to be recalled from recess to urgently discuss the prevailing insecurity in the country.

Kiiza who is also Kasese Woman MP said that Parliament needs to discuss mechanisms and a policy to end the flattery and endless killings.

She made the remarks on Friday morning while addressing journalists at Parliament.

The Leader of Opposition challenged different heads of security agencies to resign their duties if they feel they have failed to protect Ugandans from the current wave of serious crime.

“I am disappointed in the way this situation is being managed and I place all weight on the state to seek justice. You owe a duty to Ugandans to guarantee them safety without harassment. The 100 million bounty is a mockery.”

She said that it is the responsibility of government to ensure all Ugandans are secure but that the leadership and security agencies have failed.

Kiiza noted that the killing of women, attacks on business people by thugs, strangling of foreigners in hotels, cases of panga wielding men and the attacks on Muslim clerics among others all speak to the failure of the ruling government on security.

“The remaining NRM claim to the relevance of stamping out extra judicial killings, murders and kidnaps to allow the people to sleep soundly, ‘twebaka otulo’ is thoroughly erroded,” Kiiza said.

“We can’t continue feasting as it was in Kiboga while helpless Ugandans are continually shot dead. If those responsible for the security of this country are not taking responsibility and stepping aside, Parliament should show them the exit, most have overstayed their welcome,” she said.

Winnie Kiiza said that in the event that the House is not recalled, they will evoke Rule 21 to collect signatures to enforce the motion to recall legislators. 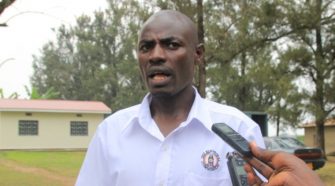