Kasese Woman MP and Leader of Opposition in Parliament Winfred Kiiza has returned the money recently given to her for Age Limit Bill consultations. Kizza made the declaration Thursday morning during a press conference at Parliament.

She now joins a few other MPs in the opposition who have already returned the money (Shs 29 million each) to the coffers of Parliament. The money was a located to each of the MPs to facilitate their contituency consultations on the Bill that seeks to amend the constitution to remove Presidential age limits. 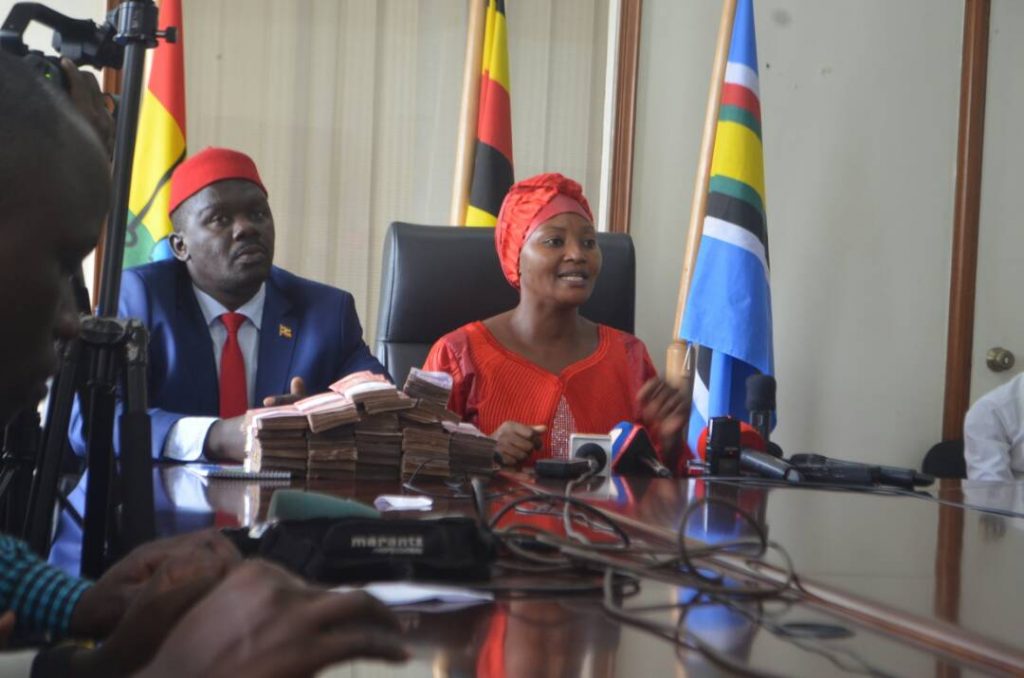 The Leader of Opposition Winfred Kiiza displayed a sum of Shs 29 million at a press conference in her office along with her deputy Roland Mugume Kaginda who represents Rukungiri Municipality. Moments ago, Kaginda had also paraded the money which he said his constituents has ordered him to return.

Kiiza says she believes that the money wasn’t given in good faith and contravenes with many laws in the country.

“Taking this money would be morally wrong given the poor conditions that Ugandans are living in namely the poor health facilities, the striking judicial officers, teachers and doctors alike,” Kiiza told the press.

She said; “It would be unethical for us to receive double payment, we are given money every month to go back and consult our people on several issues, my conscious tells me that this is a bribe.”

In addition, the Leader of Opposition noted that the Shs 29 million was not provided for anywhere in the national budget for the 2017/18 fiscal year.

While allocating the money, she said, Parliament flouted the proper Parliamentary procedures adding that both the Public Finance Management and the Budget Acts were violated.