The councillors say they are going to Kisozi to take part in a skills learning exercise on modern farming organized by Beti Kamya, the Minister for Kampala.

The 228 councillors are drawn from all of Kampala’s five divisions.

The training had been opposed by the Mayor who went as far as convening a special council sitting to vetoe the decision by Minister Kamya. According to Lukwago, the Minister had organized the ‘KCCA exercise’ without his authorization.

On return, the 12 councillors endorsed the Age Limit Bill which Mayor Lukwago and others in the opposition said was a greenlight for a Museveni life presidency.

Commenting on the planned visit on Wednesday, Mayor Lukwago was skeptical about the motive of the ‘training’ saying that it would be used by President Museveni to influence the councillors to support his political agenda in Kampala.

“What development programmes did they come up with in Entebbe and Kyankwanzi?” Lukwago asked, making reference to the previous meetings the councillors have had with the President.

“Where are the strategic plans? That is a blatant lie. They are fast-tracking the KCCA amendment Bill. I know the Parliament can easily pass it because it’s predominantly NRM.”

Lukwago said while Museveni’s order is what works, that does not mean they have already toppled the people’s sovereignty.

The city mayor believes that the tour is simply a move by NRM to buy the support of the councillors most of whom belong to the opposition.

“If you were a statesman, with a mind on an enduring legacy, you wouldn’t have assented to a void Constitutional Amendment Bill which is a product of a fraudulent process where you’re the chief architect, executioner and sole beneficially,” he said while commenting on the Bill removing the Presidential age caps that Museveni signed into law a days ago.

He also fears that the councillors could be rallied to back the KCCA Amendment Bill which seeks to clip powers of the Mayor and also for the Mayor of Kampala to be elected by two thirds of the councillors as opposed to all city residents.

Lukwago told the President; “My only prayer is that you don’t go down the cliff with our motherland, for the future of this country is as dark as the pen you’ve used to sign into law the obnoxious Constitutional Amendment Bill”.

The President has previously lauded the councillors for defying leaders like Lukwago whom he said did not help them. 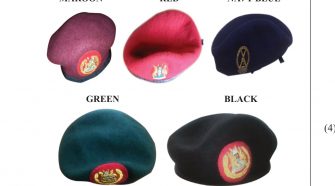