While many local leaders may be seated in the offices waiting for the central government to send money for various activites in their areas, some are devising means of keeping relevant to their supporters.

One of them is the Kiboga town mayor, who has taken the leadership a notch higher by cleaning the town’s streets every every morning and evening.

Residents says he sweeps every morning and evening, describing his approach as practical.

Ssekiwunga, a former Kiboga town council LC5 councillor, is serving his first term of office after unseating Samuel Amirigo Matovu in the 2016 elections.

Ssekiwunga says during elections, he promised a clean town and he wants to deliver that. 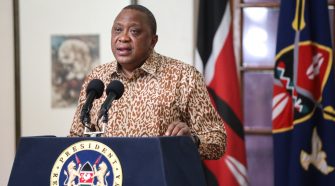