Police says it has arrested the prime suspect who is alleged to have shot and killed Sheikh Mutumba Masudi in Bugiri district last week.

The 60-year-old Sheikh was gunned down by assailants moving on a motorcycle.

Following days of investigation, Police on Wednesday revealed that the key suspect has been apprehend. However, his details have not been made public yet.

Just in : The main suspect in the murder of Sheikh Mutumba Masudi Of Bugiri has been ARRESTED by our flying squad teams.

Details will be availed later.

He is the ninth person to be arrested in connection to the killing.

Two days ago, Police said it had arrested 8 people over the killing of a Muslim cleric.

Sheikh Mutumba Masudi was the imam of Iwemba Masjid Noor.

Police spokesperson, CP Fred Enanga said the task team actively investigating the murder of, has so far arrested 8 suspects. He said the majority are said to be from one family “highly connected to the senseless killing”.

The suspects include a boda boda rider who allegedly transported the killers to and from the murder scene.

“According to preliminary facts, the shootings stemmed from an ongoing land wrangle with Koita Suleiman, also of Busimba village, ” Enanga said Monday.

“They hired a boda boda rider who transported the gunman and another assailant. The lone gunman made his way to Sheikh Mutumba’s home, called him out, and shot him once to the head killing him instantly. he ran and joined his two colleagues on the boda boda and they escaped from the scene”.

Enanga said Police has directed all available resources to the investigation and the task force comprising of selected detectives from Homicide, Flying Squad and Busoga East Territorial Police. 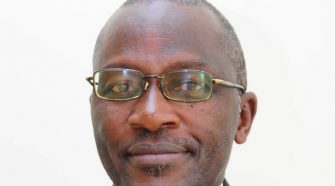 Police Dismisses Case in Which MUST Secretary Accused Staff of Defamation