Maj Gen Kavuma with students and Directing Staff from the Zimbabwe Senior Command and Staff College, in Bombo

The UPDF Deputy Commander Land Forces Maj Gen Sam Kavuma has tipped a delegation of army officers and students from Zimbabwe on adopting a spirit of Pan Africanism as a way to solve Africa’s problems.

“Sharing our experiences broadens our understanding of the need for Pan Africanism in tackling African challenges; and this can be achieved through discipline, patriotism and sacrifice, among others,” said Maj Gen Kavuma.

Maj Gen Kavuma welcomed the Zimbabwe delegation and lauded them for choosing Uganda as their study tour destination. He said such tours strengthen the relationship between countries which share similar resources, climate and asymmetric threats.

The Land Forces Deputy Commander urged Zimbabwe Student Officers to read the book written by the former British Prime Minister, Churchill, titled “Journey to Africa” to get an insight of why he called Uganda; ‘The Pearl of Africa.’

Maj Gen Kavuma explained that the book explains the beauty of living in Africa and how Africans can exploit their natural environment to enrich themselves instead of burying themselves in endless wars.

He further encouraged students to read more about Africa so that they establish practical solutions to African problems. “Don’t wait for others to solve our problems,” he noted.

The Director of Combat Operations Col Wamala took the students through the Land Forces organizational structure, past and current operations and missions where UPDF is deployed.

Asked why UPDF has magnificently scored in most of its operations and missions amidst the resource and time constraints, the visiting students were told that UPDF has a strategic relationship with the civilian population; as well as disciplined and professional commanders.

Col Wamala added that UPDF soldiers have improved their welfare by embracing cheap loans from the Ministry of Defence and Veteran Affairs/UPDF Wazalendo Savings and Credit Cooperative Organization (WSACCO).

The head of the visiting Zimbabwe delegation Group, Captain Winnie Mandeya on behalf of the Commander of the Zimbabwe Defence Forces, Gen PV Sibamba appreciated the warm reception from their hosts and promised to use the acquired Ugandan experience and exposure in solving their problems. 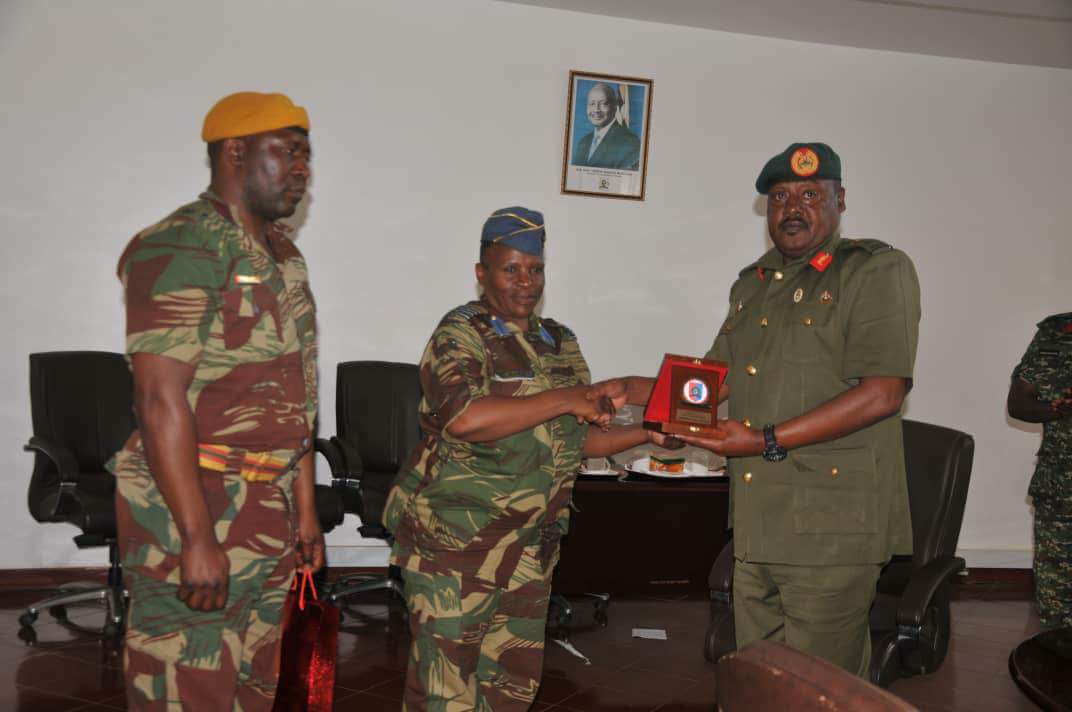 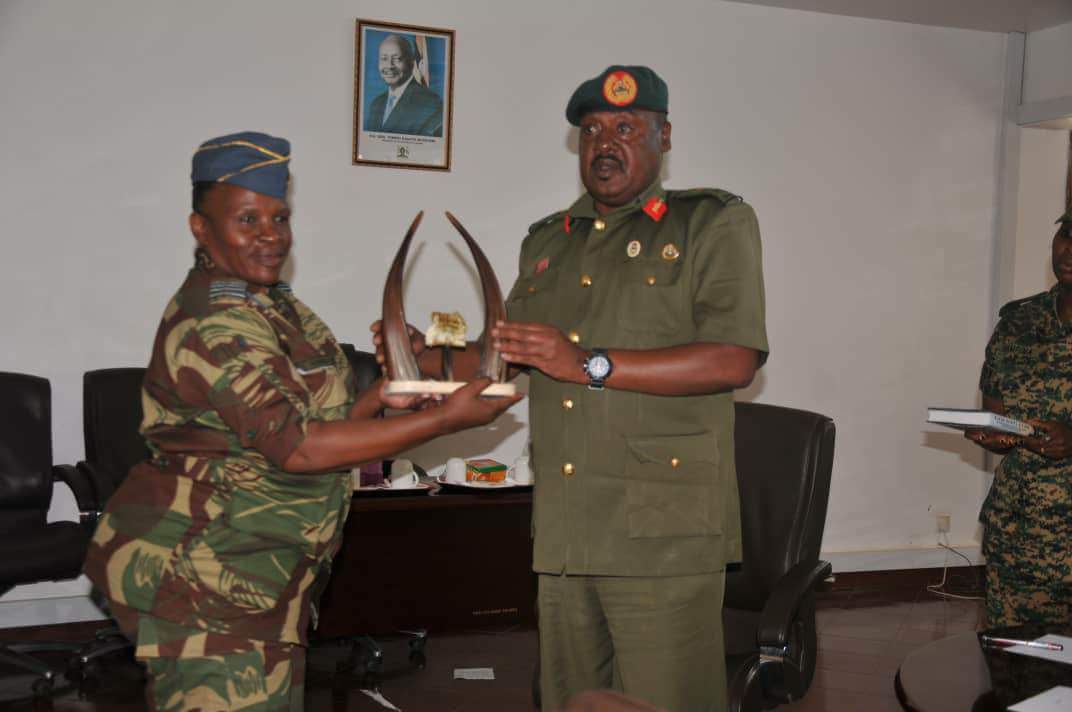