Makerere University administration has said the ongoing staff strike is illegal and warned Associations against the intimidation of lecturers and other staff who have resisted to join the industrial action.

In a statement issued on Monday, the university said the pronouncements made during the joint staff Assembly are illegal and misleading.

“A section of members of staff have continued to mislead students and members of staff with pronouncements of what they term industrial action,” a statement posted on the university’s Facebook page reads.

“We wish to inform the University Community, that neither Council nor Management has received an official notice of industrial action as required by Law from any of the staff associations”.

The strike by the staff was declared at the start of the Semester in January and is now in its 25th day. They are protesting among others the suspension of the Chairman of the academic staff Association, Dr Deus Kamunyu Muhwezi and two other leaders of the administrative staff.

During a General Assembly convened by the joint staff Associations on Monday, staff took the vote with majority supporting the proposal that the strike be extended, but this time encompassing other employees of the university.

Key among the concerns raised during the Assembly on Monday was the fact that the ongoing industrial action has fallen short of unison among the staff, since some lecturers continue to teach. Some argued that such a scenario only serves the interests of the Management which could be why it hasn’t taken their grievances seriously.

They also said that a partial strike makes those who have laid down their tools susceptible to individual penalty. They said it undermines MUASA and sets a bad precedent.

Members also agreed that the critical staff like the health workers, security cleaners, and administrators who were initially exempted from the strike due to their work, also lay down their tools.

But the Administration insists majority of the staff (85%) are teaching and “business is running according to schedule in most colleges except the School of Law”.

“This circular serves to inform all the stakeholders, particularly the members of staff and students, that Makerere University is open and will remain open for normal business”.

The Administration condemned staff Associations for intimidating those who are teaching. It has also asked both staff and students to disregard the illegal pronouncements by a section of the staff.

“All staff who have not resumed duties are hereby directed to do so immediately. Management will not allow a situation of anarchy to continue while the students are suffering,” the statement adds.

“Any attempts by sections of staff to disrupt normal business at the University will be dealt with firmly. Those who do not want to work must allow those who want to work to do so”.

The university adds that the Council and Management will address any issues of concern to the staff as communicated earlier by the Chairperson of Council through legal avenues.

Meanwhile, law dons from the Makerere university School of Law insist the suspension of the Association leaders was done illegally as the Vice Chancellor, Prof Barnabas Nawangwe had no powers to effect the suspension. 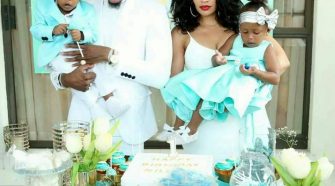