Norbert Mao, the President General of the opposition political party, DP, has castigated Kampala mayor, Erias Lukwago, Mukono municipality MP, Betty Nambooze and other party members who were named by FDC’s Kizza Besigye in the recently released Cabinet of the so-called People’s Government.

Mao who was addressing reporters at the DP headquarters in Kampala on Tuesday said that DP members should either subscribe fully to the party or leave. There is no sitting on the fence, he said.

Democratic Party members Betty Nambooze and Allan Ssewanyana were also named on the Cabinet as Information Minister, and Minister for Youths and Sports respectively. These appointees are said to have also been secretly ‘sworn into power’, sparking divided comments on what the ‘government’ is likely to achieve.

It comes a year after Besigye said his ‘People’s Government’ planned to swear into office people that will constitute it, as part of their campaign to restore constitutionalism in Uganda. He said this in January 2018 while he together with other leaders in the opposition were launching a campaign dubbed ‘Tubalemese’ (Let’s disable government) to counter the 2017 constitutional amendments that scrapped Presidential age limits.

But on Tuesday, Mao said that the issue of DP members engaging “fully” in the leadership of another political party is unacceptable and will be discussed by the highest organ of DP.

“Some of our members are now part of the People’s Government. That issue will be discussed in the National Executive Committee. Because there is no way you can be fully immersed as part of a leadership of another political party and at the same time you belong to the Democratic Party,” Mao said.

“We don’t want watermelons in DP. Those who are only green outside but inside, they are many colors”.

He said the party has to make a decision and “we push them out” so they can make up their minds.

Lukwago has for years been a close associate of Dr Besigye and is a common face on FDC political rallies and other activities involving the former FDC President. He however has been unapologetic and has previously stated that he subscribes to the People’s Government.

The issue of party members who have persistently exhibited divided loyalty has been a long-standing debate within the DP.

In May last year, while speaking at the reunion of the Uganda Young Democrats (UYD), the umbrella body of youthful DP supporters, former Presidential candidate, Dr Abed Bwanika lashed out at the DP for backing every opposition politician that emerges instead of organizing the party to regain the glory it once had, and take power.

He lambasted ‘bewitched’ DP for rallying behind former Presidential aspirants Dr Kizza Besigye and Amama Mbabazi saying it was a shame for a party with strong historical prominence.

Meanwhile, during Tuesday’s press conference, Mao also criticized the National Identification and Registration Authority (NIRA) which he accuses of flouting the legal procedure of giving out Identity Cards. He said that the party is considering suing the Authority over the same.

He cited a case in which youths who are legally adults were asked to provide National IDs of their parents during their process of acquiring IDs.

“There is a law which provides procedures for registering people for the national ID. And it does not involve bringing the ID of your mother or father,” he added. 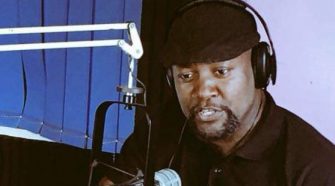