Makerere University has awarded President Yoweri Museveni with an Outstanding Scholarly Authorship Award in recognition for his authorship of Katondoozi, a Runyankole/Rukiga thesaurus.

The Preesident was handed the Award on Tuesday this week while he attended the 69th graduation ceremony at Makerere, Uganda’s oldest institution of higher learning.

Katondoozi is a Thesaurus of Runyankore-Rukiga written in an indigenous African language. It is a complete granary for the Runyankore-Rukiga, that shows the richness of a language, by displaying a rich and unique vocabulary.

The publication was a product of a team of scholarly co-authors, namely, Dr. Gilbert Gumoshabe, Prof. Manuel J.K.Muranga and Ms. Alice N. Muhoozi.

While reading the citation moments before the President received the Award, Prof Elly N Sabiiti said that for a language to be preserved, it must be written.

“We have to note that there is no way you can preserve a language if it is not written. This publication can stimulate other writers to publish books in the indigenous languages and these books would be used as references in the education system in order to benefit the future generations,” Prof Sabiti said.

The Award was handed over to Museveni by the Makerere University Chancellor, Prof. Ezra Suruma.

The university recognized President Museveni for being among the few Africans that have championed the documentation of indigenous languages to ensure their survival, as cultures that face global pressure.

His authorship of the book of a magnitude of 20,000 words is an eye opener to the entire African community that African languages, cultures and values can be preserved and promoted, says the university.

In his acceptance speech, the President thanked Makerere University for recognizing his work. He appreciated his co-authors for doing a great job to ensure that the book is up to standard.

Museveni and the Minister of Education each received the Convocation Award. 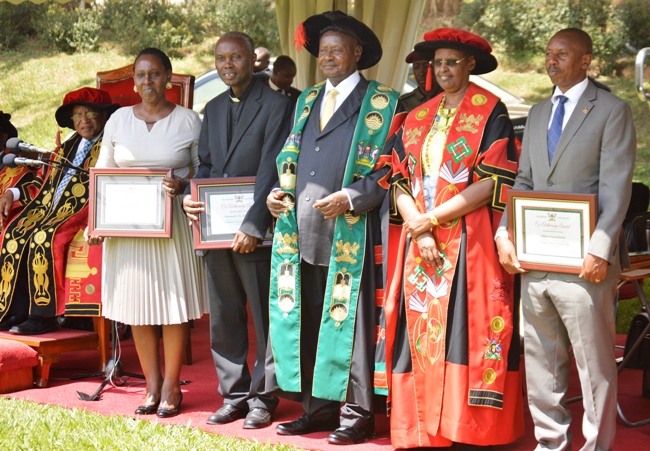 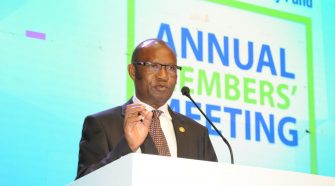