Makerere University’s week-long graduation ceremony begins Tuesday with 13,509 students set to graduate, but there is a looming strike by students who are bitter about the failure by the University to provide the graduation gowns.

On Monday morning, groups of frustrated students gathered near the Senate building and freedom square venting their anger about the gowns crisis. They demanded that the administration avails the gowns which they (graduands) paid for Shs 98,000 each. 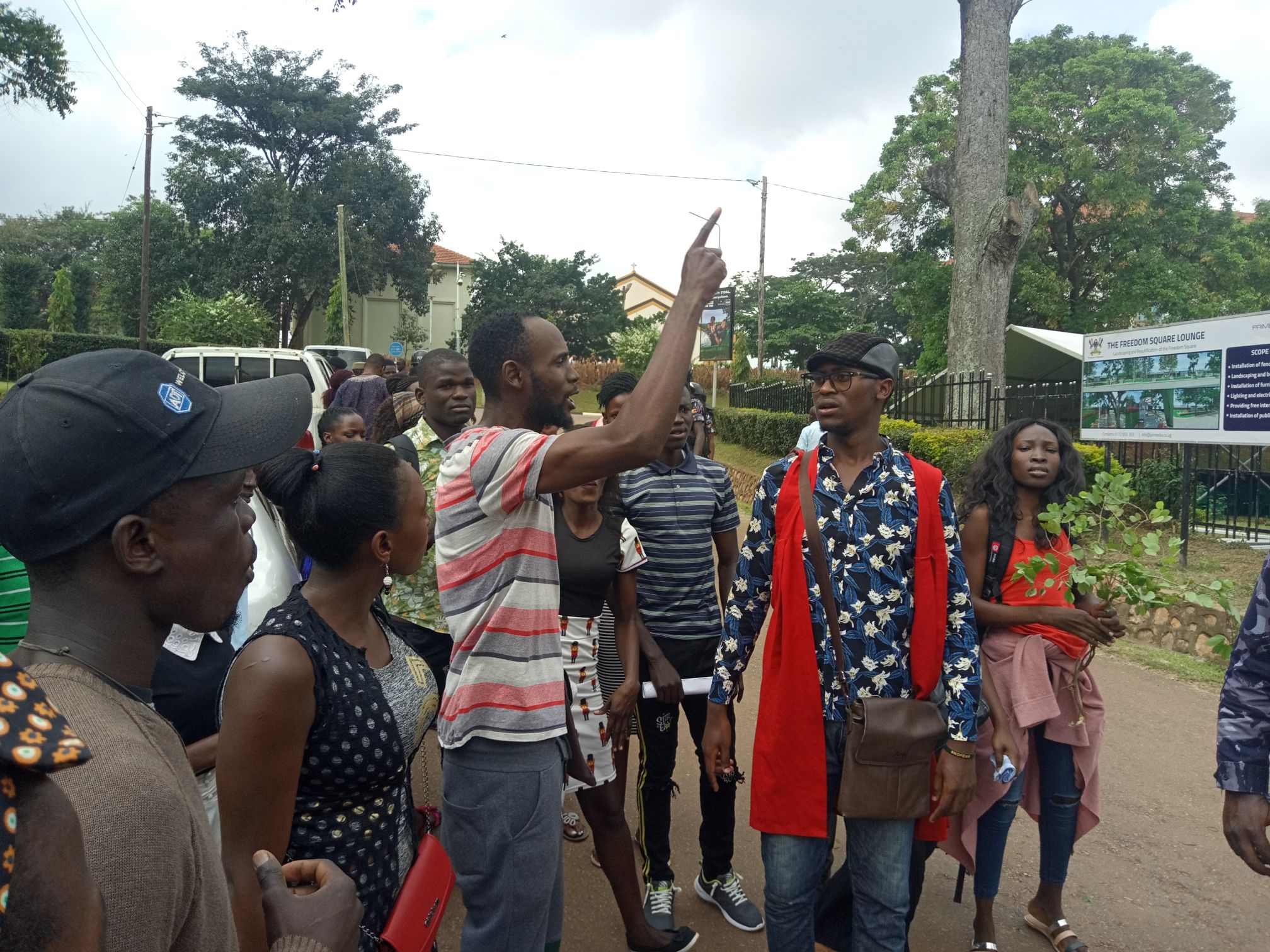 The administration accused M/s Team Uniform, the company contracted to supply graduation gowns of breaching contract terms by delaying to deliver the gowns.

“The number of gowns, caps and hoods delivered so far is less than what is required for the 70th graduation,” the University Secretary, Yusuf Kiranda said in a letter to the supplier.

He said the delay has subjected graduands and their guardians to unnecessary tension and stress, and given negative publicity to the University which dents its image.

The Students’ Guild has threatened to “use the language that the university management understands” should the remaining gowns not be availed by end of business today (Monday).

The Information Minister, Muhwezi Joshua on Monday said the students have played their part (paying for the gowns) and that there is no reason why the administration should not play their part.

He accused the administration of involvement in syndicated procurement deals, leaving the students to bear the brunt.

“The report from last year’s Graduation Ceremony committee shows that the contractor was not paid for 10,000 gowns. But this is a person who is in business. And this is how we arrive at this situation. Where does this money go?” Muhwezi wondered.

He says Makerere’s problem is not the lack of resources but rather the mismanagement of the available resources.

“There are a lot of syndicates that go on, that can not be explained. We have always called on Parliament to investigate but they can not”. 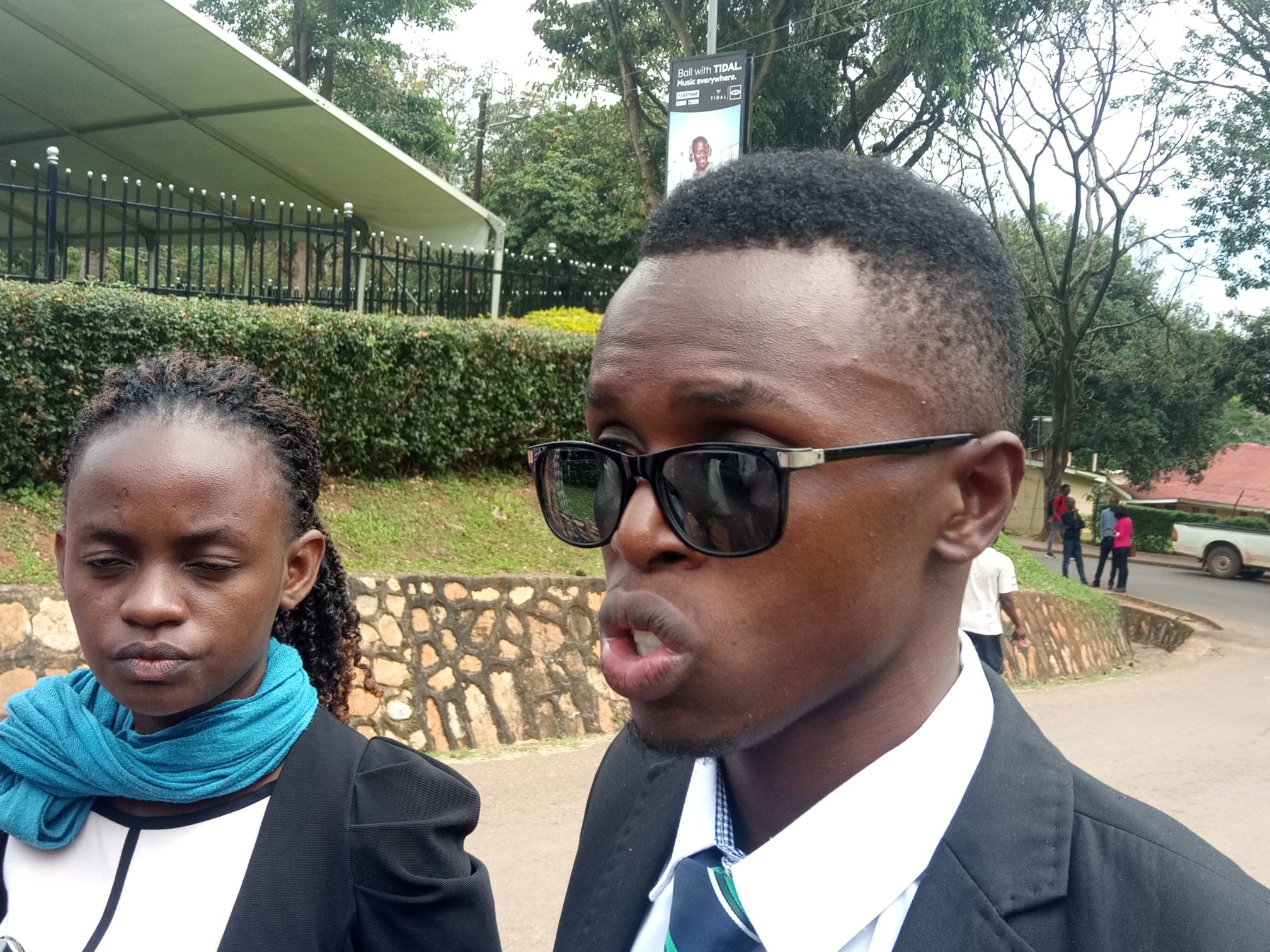 “We are telling them, by the close of today, if they do not avail the gowns, we are going to use the language (strike) they understand”.

Muhwezi made reference to the decision by the university in 2009 to prioritize core business – research, training and other academic works. He wondered why later in 2017, the University then took over the role of producing graduation gowns which does not fall under the ambits of core business.

In the university compound, most of the affected students scoffed at the University management, saying the idea of graduands attending the graduation ceremony in casual attire is ridiculous. 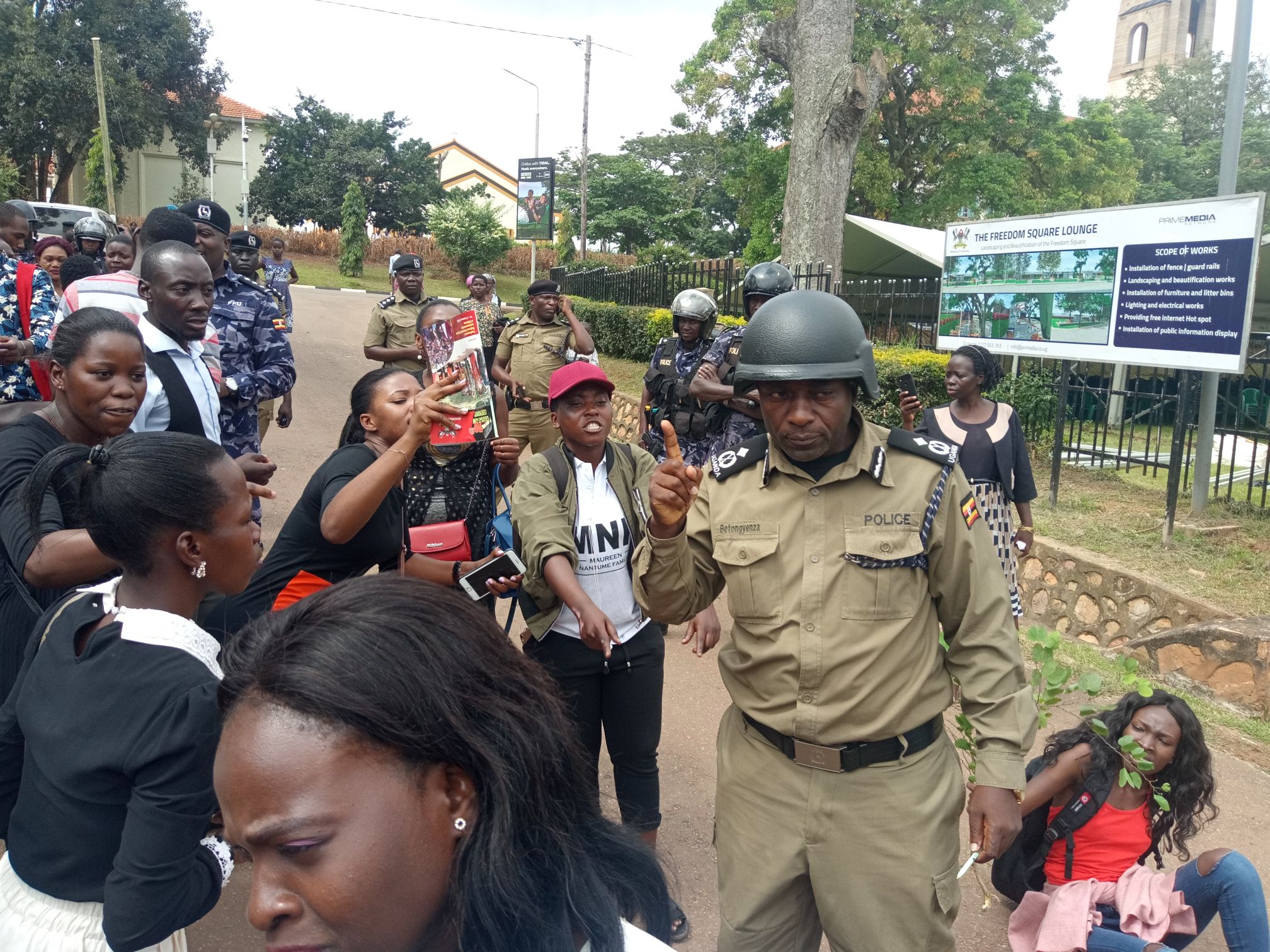 “The Public Relations Officer is busy on social media saying only 7,000 gowns were made and that if you can not get a gown, you can graduate with casual wear. Imagine that. How’s that possible? That’s so annoying because I paid my Shs 98,000. And they can’t clear you if you haven’t paid it,” said Auma Felicita, one of the affected students.

“We struggled for this Degree really. And nobody can tell me to go and get a gown from outside the University”.

Others likened the situation to a wedding ceremony where the bride does not have a wedding gown. Another affected student told reporters that for her, a graduation gown is more important than the academic transcript.

Police officers forced students and journalists out of the room and in the compound, claiming the university is not yet open and therefore neither the students leaders nor the press were allowed to be within the precincts. 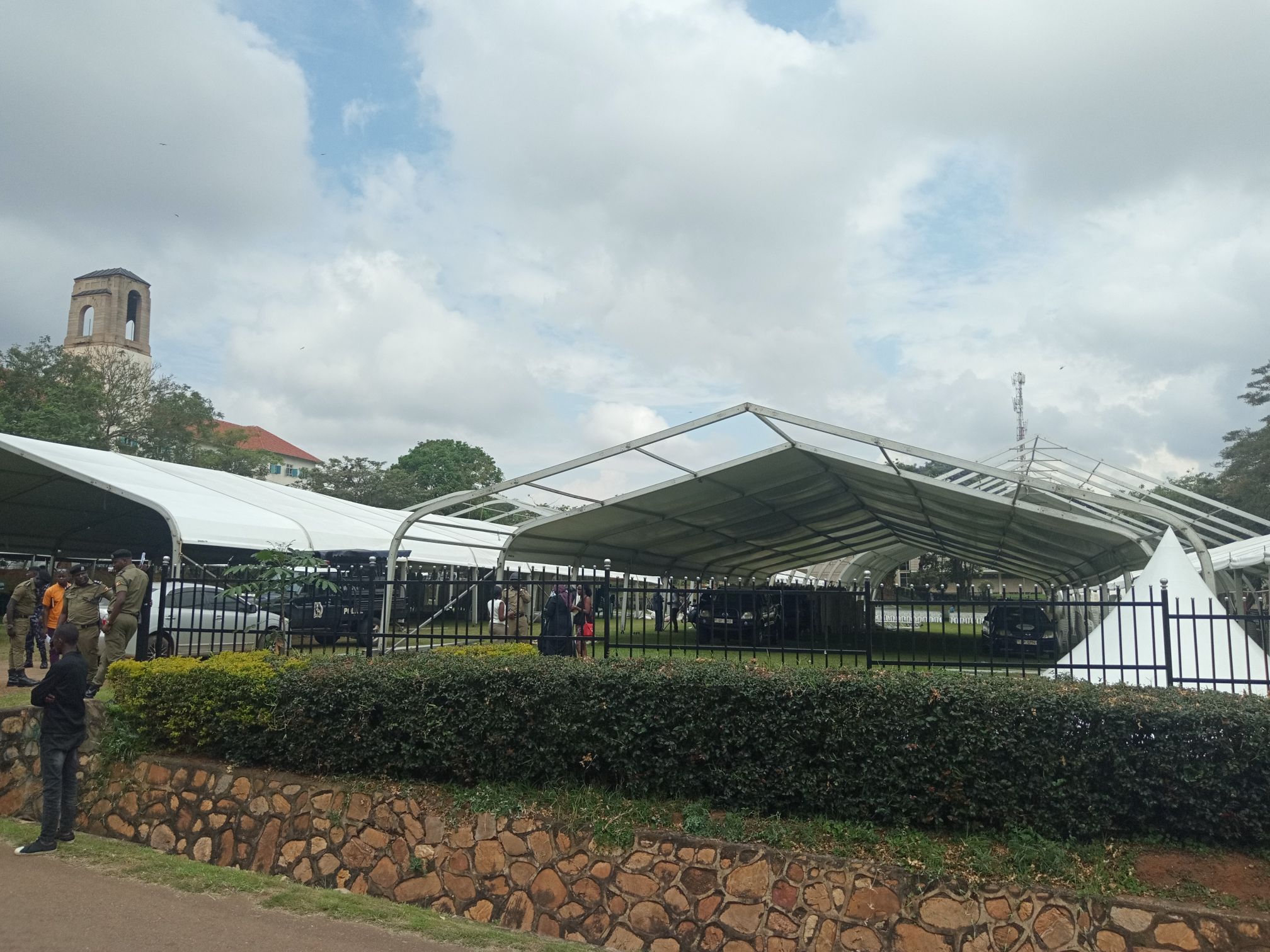 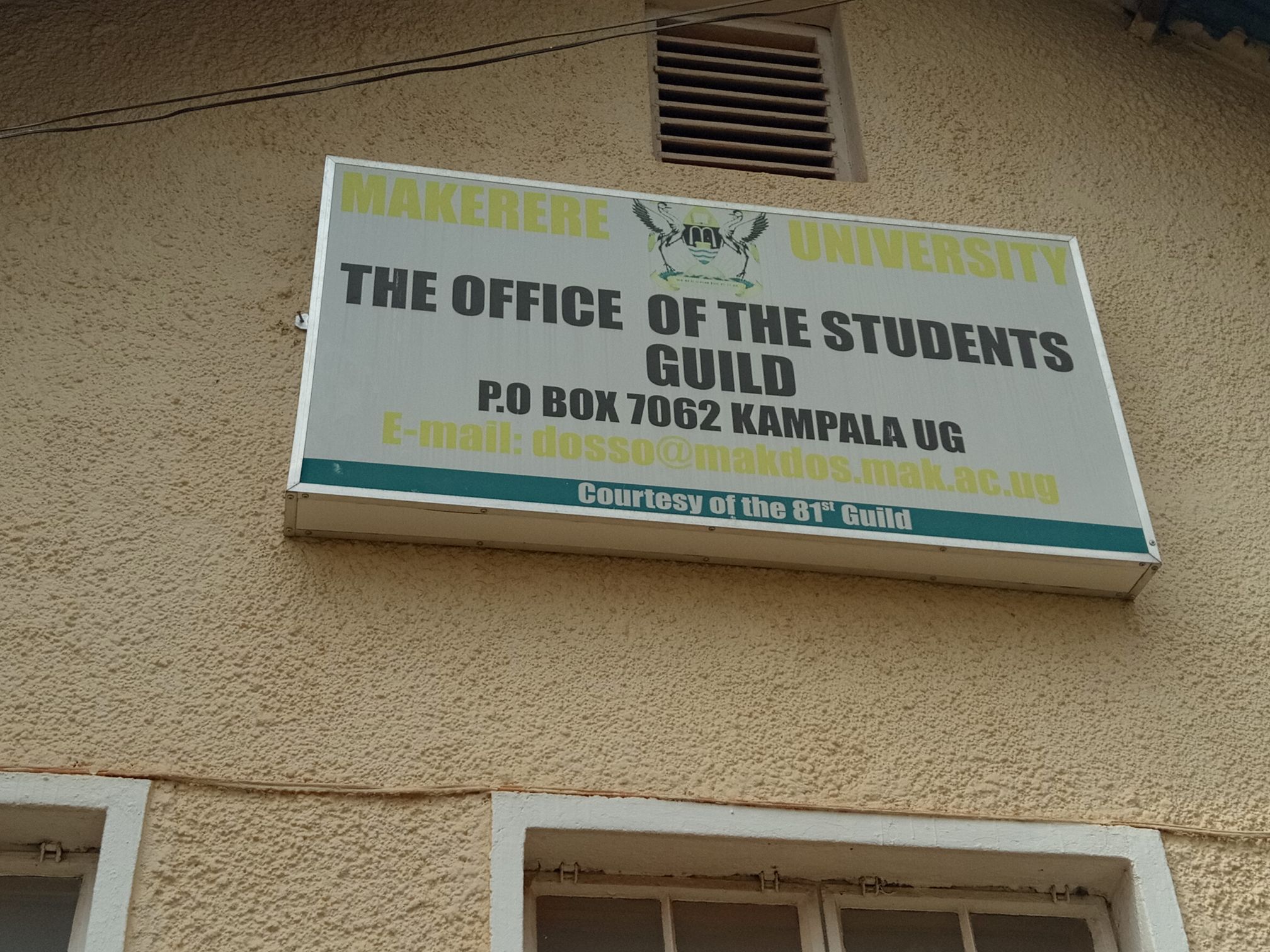 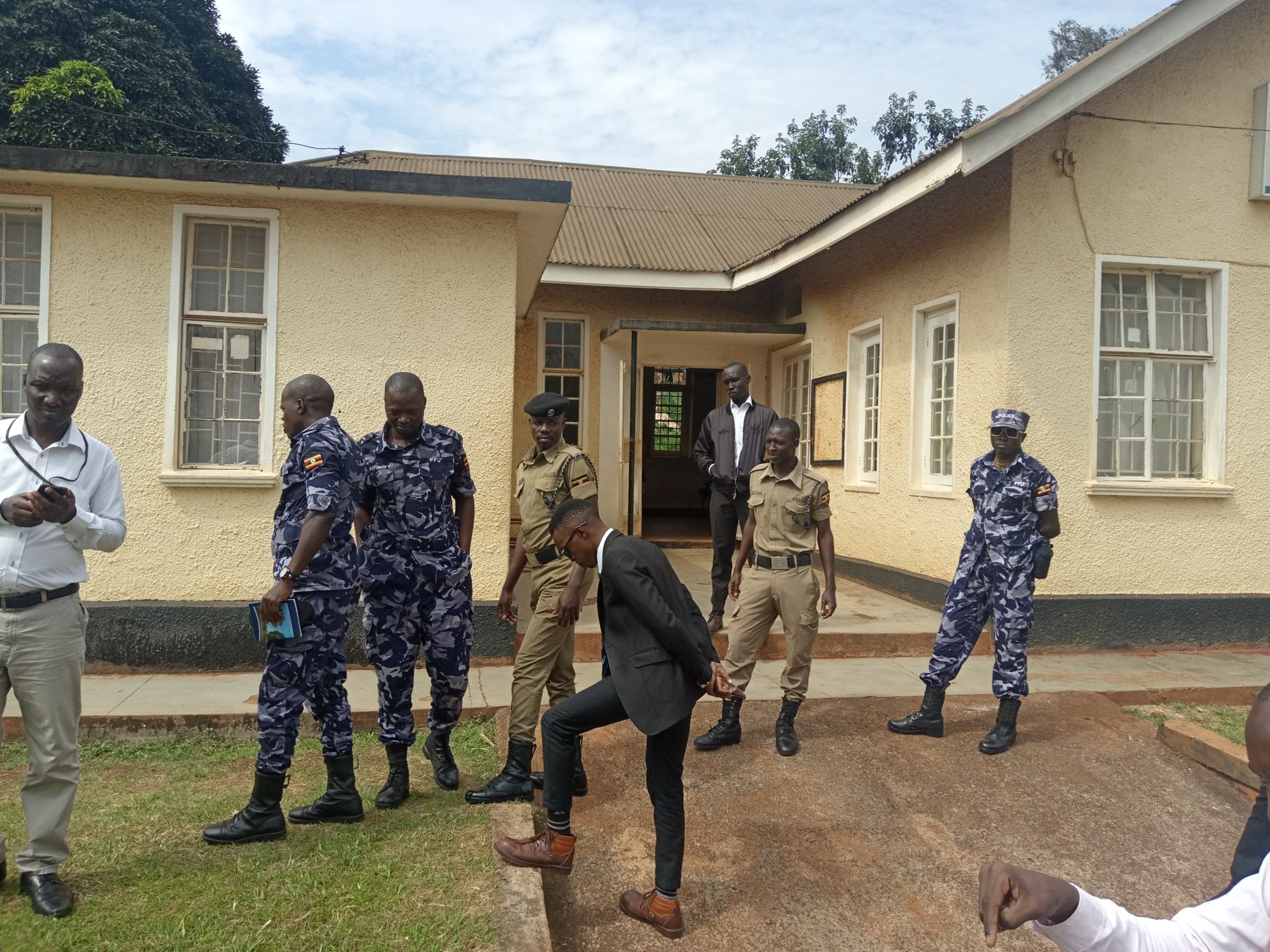 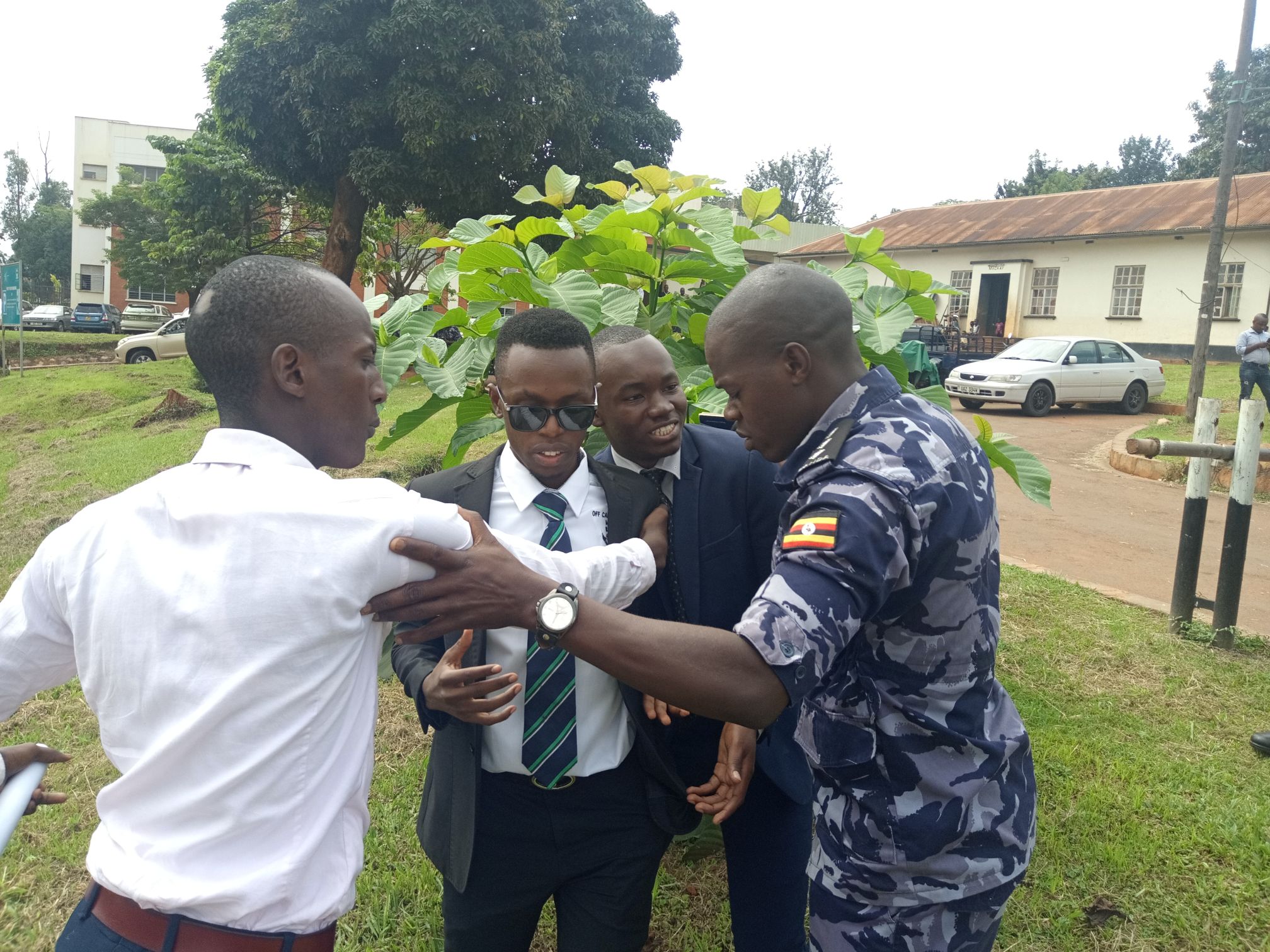 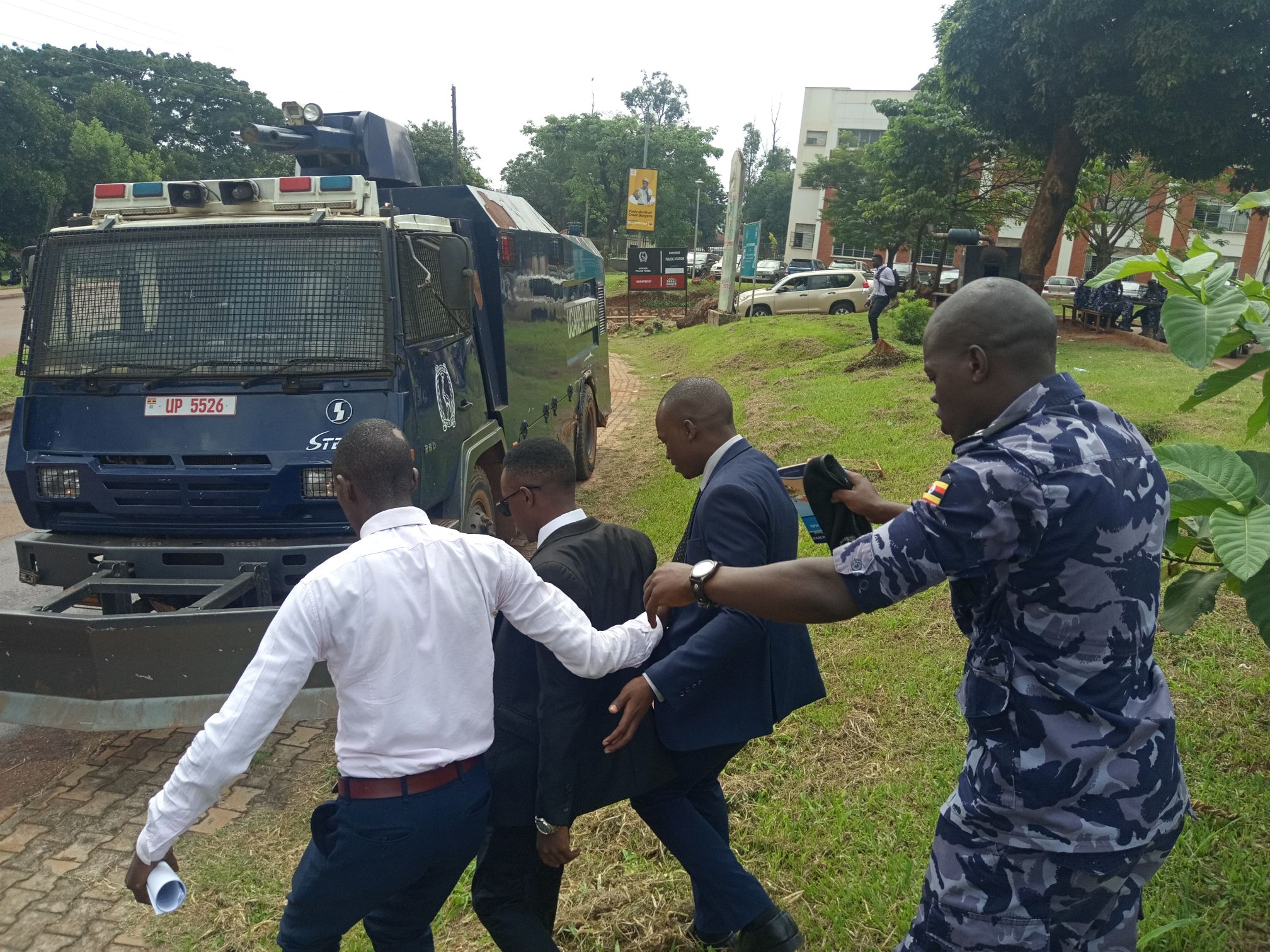 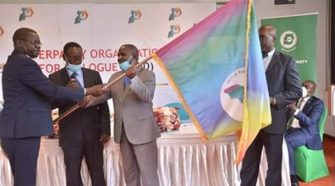