Members of Parliament sitting on the committee on Education have insisted that the Minister of Education and Sports and First Lady Janet Kataha Museveni appears in person to clarify on the comments she made during the recent students’ strike at Makerere University.

The legislators chaired by the Deputy Committee Chairperson, John Twesigye refused to continue with the Tuesday meeting with the Minister of State for Primary Education, Rosemary Seninde and her delegation that had represented the Education Minister.

The committee had invited Janet Museveni to respond to issues regarding Makerere University fees structure, sexual violence and the statement she recently posted on social media claiming it was the Opposition that was fueling strikes at the university.

The legislators on the committee noted that Seninde and her team were not in position to respond to their concerns, insisting they needed the Senior Minister to respond.

The MPs said Janet Museveni’s appearance before the committee will give them an upper hand to conclude with the investigations into the recent strike at Makerere and report to the House by December 10th, 2019.

Efforts by Seninde to convince members that she was in position to respond to all issues couldn’t yield success as the MPs were unwilling. As a result, she was dismissed.

“The letter that was written to the Ministry indicated that the members wanted to know on the allegation of sexual misconduct meted upon female students and on the mismanagement and abdication of duty by the University management,” Seninde said.

The presiding committee Chair noted that, “We have realized that it is still important that the Minister of Education needs to be more represented than the team before us, and that will help us address the pending issues that the members were raising so that we have a well written report,” Twesigye said.

“In this case therefore, we advise the Minister (Seninde) to go back and returm with the Senior Minister of Education and Sports on Friday 6th December for us to be able to conclude with your part,” Twesigye ruled. 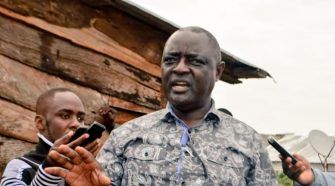