Makerere University has postponed the guild council elections which had earlier been scheduled for tomorrow Friday, March 2.

“It has come to the attention of the university Management that while the guild elections were scheduled to take place tomorrow, Friday, 2nd March, 2018, the process of putting in place all the necessary requirements for the elections has not been finalised,” the Vice Chancellor noted.

He said that the appointment of the polling agents (assistants) by the electoral commission, selection of agents for candidates and clarity about the presidential candidates have not been finalized either.

In mid February, over 14 people had vied for the top students’ leadership seat at Uganda’s most prestigious university including the National Resistance Movement (NRM) candidate, Prize Ahimbisibwe.

The university Management however did not disclosed the new date for the elections.

The university has further suspended all electoral activities which have been ongoing at Makerere.

For many years, the Makerere University students guild has been led by candidates from Forum for Democratic Change (FDC) and Democratic Party (DP). 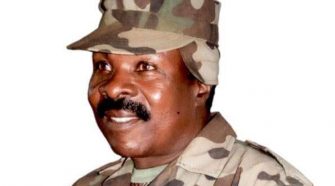