Makerere University Vice Chancellor, Prof Barnabas Nawangwe says the first year student whose photo was recently captured reporting for the academic year 2019/2020 armed with a metallic box case (suitcase) and the famous ‘ousofia’ bag should be a motivation to the rest of students in the country to remain resilient in order to achieve their academic goals.

Social media has for days been awash with the student’s picture with a number of people making fun of him, describing him as unfit to be at the country’s most prestigious University and others wondering whether he was not ashamed of himself.

The student who has since been identified as Suubi Henry Kiyimba, was admitted on government sponsorship to do Bachelor of Science with Education (Economics) and is attached to the University Hall.

But Nawangwe who had met Suubi says, 80% of students in the University’s Halls of residence are government sponsored students who are top performers from several High Schools throughout the country,and are admitted to top research programmes.

“We must appreciate that despite anyone’s background, they can make it to Makerere if they work hard. Therefore at this moment when we are receiving new students, we must inspire and encourage them rather than making derision out of their challenges,” wrote Nawangwe on his Facebook page.

In their meeting, Nawangwe says he encouraged him to enjoy his stay at Makerere and work hard on his future career.

“Ssuubi’s resilience should be a motivation to our students, especially our new students from all walks of life. We Build for the Future,” he adds

Meanwhile, a campaign to meet and comfort Suubi started by Ugandan BBC Journalist Alan Kasujja is ongoing on Twitter with a number of people pledging to provide him with more materials to aid his studies including laptops.

“God. I wish I knew who the kid (Suubi) in this picture is. Does anyone know him? We want to lay a table for him before his shamers. Switch things up, Congratulate him for coming this far and prove to him that it wasn’t in vain,” wrote Alan on Twitter.

Cedric Ndilima another journalist working with UBC TV tweeted in response: If we can find him, I would like to congratulate him and find a way to celebrate his achievement! Best of luck kid.May you be blessed as you embark on this next chapter.”

Hellen Mukiibi wrote: Suubi? Your name is loaded. Congratulations upon your admission to MAK University, winning a Government Scholarship on National Merit is great honour, anyone with his telephone contacts? Kindly in box his digits on my line. 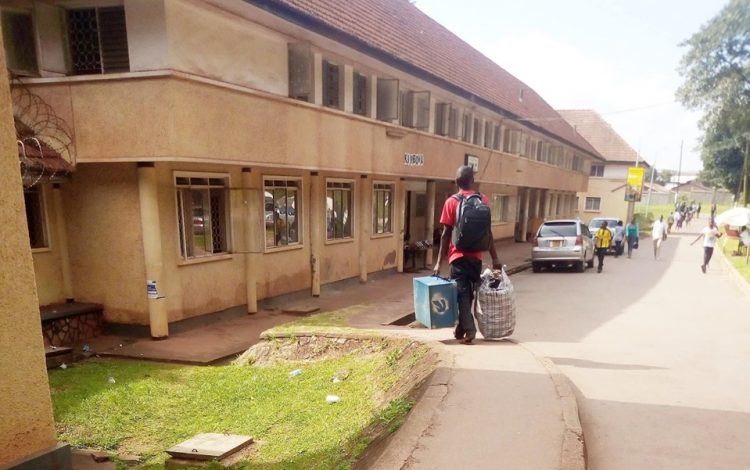 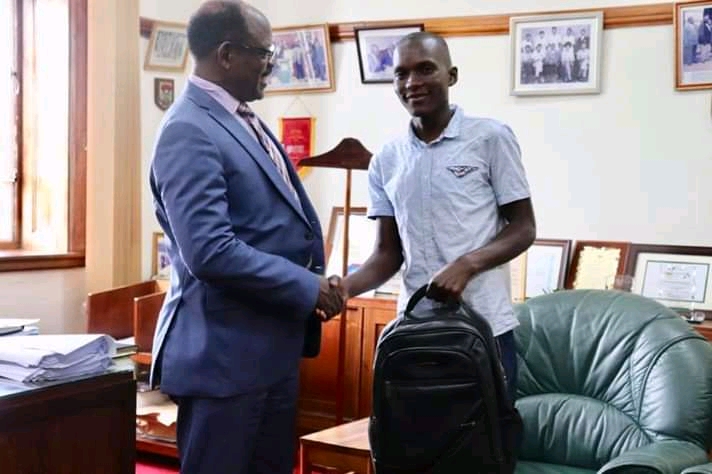 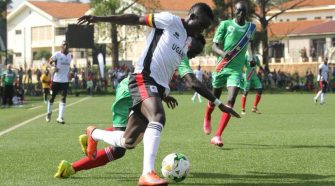