Police in Kampala have arrested a man identified as Mutwalibu Bogere Waiswa, 24, for attempting to commit suicide.

Waiswa, a Chairman of Bweyogerere – Bukasa stage in Old Taxi Park, Kampala, is said to have gone to City Hall with a five litre jerrycan of petrol and a match box with intentions to set self ablaze.

Before the resumption of Public transport, the Minister for Kampala, Betty Amongi said that Kampala Capital City Authority had designed routes for each taxi operating within the Kampala metropolitan area

She directed Taxi operators to first report to the Authority to register and get assigned parks and stages as only those with charts, would be allowed to carry out business in the City.

Amongi said, after the registration and assignment of routes, the drivers will pick their route charts from the Ministry of Works and the charts shall last until December 31, 2020 before the issuance of a permanent chart.

However the activity faced resistance from some Taxi operators who cited a number of issues not limited to long queues at registration centres, limited personnel that were carrying out the registration, distances and the bureacracy that were involved in the exercise.

Onyango said, police managed to pick Waiswa before he set himself ablaze and is currently detained at CPS, Kampala on attempted suicide offences.

“We urge Taxi operators to register their vans with the Ministry of Works and Transport for free such that they get route charts,” he said.

Onyango also urged members of the public to desist from taking their lives for matters that can be solved amicably.

The development comes at a time Police is investigating circumstances under which a man identified as Walugembe Hussein, 25 set himself ablaze at Masaka Police Station. 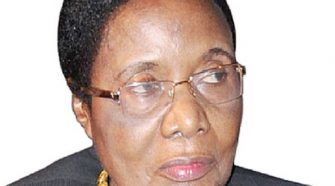