The Commissioner General, Uganda Revenue Authority (URA), Doris Akol, has come out to allay fears among manufacturers in Uganda that the introduction of Digital Tax Stamp system is a new tax that will increase the cost of production.

Speaking to journalists during a media dialogue at Méstil Hotel in Kampala, URA Commissioner regretted that the Digital Stamp mechanism has been misconceived and is being fought by some manufacturers in the country.

Digital Tax Stamps are physical paper stamps which are applied to goods or their packaging but in this case contain security features and codes to prevent counterfeiting.

The digital stamp is imposed on goods on which Excise Duty tax is charged and these goods include; Soft drinks, Alcohol, Wines and Spirits, Cigarettes, Mineral water, Liquors and Juices.

Akol explained that this is not a new tax burden as perceived by some manufacturers but simply an administrative mechanism to have an insight on what has been produced to enable the manufacturers pay the right tax.

The URA boss said the stamp helps the tax administrator and the producer of the goods to have an accurate declaration of how many goods have been produced, those that have left the factory and be able to ascertain how much excise duty should be paid.

“Whatever product is digitally stamped, excise duty is collected, the challenge is that the excise duty collected on manual stamps is totally dependent on the tax that is fixed manually by the manufacturer,” Akol said.

She added that, “When you have a digital stamp, the tax is embedded in the production process and all goods that will go in the production line will be stamped and hence that is the loophole that we seek to iron out by the introduction of the new stamps.”

With the introduction of the tax, a number of manufactures that have been underdeclaring their production volumes will no longer be able to get away with it, because URA will be in position to know how much has been produced since their servers are linked with the servers at the factory.

The Commissioner General noted that it is unfortunate that it is mostly multinational companies opposing the new tax regime and believes that this is done done to increase transfer pricing since Uganda was one of the countries in the region that hadn’t implemented the digital stamps.

“A number of companies have been doing mass production from Uganda since it has been one of the country left out without implementing the digital stamp tax. These companies would then sell the products in the neighboring countries. They now fear that once implemented in Uganda, their scheme will come to an end,” Akol noted.

She added that the tax stamp seeks to empower consumers to distinguish between fake and genuine products. A customer will be able to scan the stamp using their digital mobile phones and the stamp can reveal the manufacturer and when the product was manufactured.

On the argument that the stamps will increase the cost of production, the Commissioner Domestic Taxes, Henry Saka dispelled this claim.

He said that whatever cost that shall be incurred in the purchase of stamps will be recovered by the manufacturers since it will be reflected as an income tax expense.

He added that the price is negotiated with government and is not something that the suppliers determine themselves.

“Like it has been done on Cigarettes, this cost is shifted to the final consumer and it is actually not the manufacturers to incur the cost.” 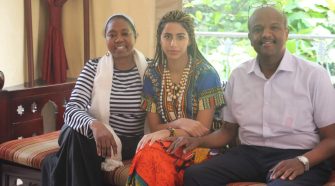