According to the hospital Director, Dr Celestine Barigye, the project will also have a component of installation of CCTV cameras as part of security measures.

Dr Barigye revealed this on Wednesday during an exclusive interview with the SoftPower News.

“We received money worth Shs 1billion from government to construct a perimeter wall around this hospital” he said.

Dr. Barigye said that groundbreaking was conducted on Monday when MUPA Technical Service Ltd was officially awarded the contract for the civil works which will last one year.

The hospital director says the development will help to stop some doctors who have been stealing government drugs, and diverting patients to their personal clinics as it has been the daily reports in the government health facilities.

“All my doctors should also pass through the checkpoints to check in their cars. You never know because they say that some doctors steal drugs so whoever attempts to do that we can arrest him,” Barigye said.

He added that the hospital has been facing challenges especially petty thieves and those stealing babies from the hospital.

“This Mbarara Regional Referral hospital has been having a problem of perimeter wall from all corners and people enter the hospital whether they are patients, attendants or people seeking shelter including thieves of course”.

He said the wall will make is easy to monitor these movements in and out of the facility. 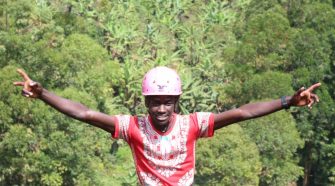 An Experience of Sheer Thrill: Abseiling and Rock Climbing at Sipi Falls