The academic staff at Mbarara University of Science and Technology (MUST) have resumed their strike a month after they suspended their industrial action to allow students sit their end-of-semester examinations.

The decision to resume the strike which had initially lasted over a week was reached during a Joint Staff emergency general assembly held on June 24 at the Mbarara town campus.

Staff under their Associations Mbarara University Academic Staff Association (MUSTASA) and National Union of Education Institutes (NUEI) decided to lay down their tools owing to neither a written nor oral report from the university Management.

A joint statement issued after Monday’s general assembly states that “the staff have patiently waited in vain for any communication, partial or in courtesy” and thus “had no option but to reactivate the suspended strike whose truss was arrived at through the timely and supportive intervention by the Parliamentary Committee on Education and Sports”

Engagements with the Parliamentary committee had in May seen staff agree to call off the strike to allow students at MUST sit for their end of semester exams and proceed for holidays. This was after the committee made commitments to the aggrieved staff, that their concerns would be addressed.

“The strike action currently pertaining at MUST is simply in response to the University’s unwillingness to implement the agreement concluded between the Parliamentary Committee on Education and Sports and the staff associations on May 9, 2019,” the statement adds.

The June 26 statement is signed by Simon Kawuma, the Vice Chairman of MUSTASA, Julius Taremwa who is the General Secretary and Francis Tumwesigye who serves as the branch Secretary for NUEI.

Staff say Management of MUST has shown no willingness to either acknowledge the staff grievances or implement the agreement or engagement dialogue in good faith on the outstanding issues.

They demand that the Management activates the search process for a new Vice Chancellor as well as immediate release of the forensic audit report into management by the Vice Chancellor and University Secretary. They also demand the appraisal report on the performance of the current Vice Chancellor, Prof Celestino Obua.

The other demand is for action to be taken against those implemented in the audit report. In addition, they want the university Public Relations Officer who was recently interdicted at the request of the Vice Chancellor, to be reinstated unconditionally.

However, the Joint Assembly agreed that staff who are involved in delivery of services at Mbarara Regional Referral hospital as well as security personnel will continue to execute their work despite the strike.

All activities other than those mentioned have been halted, according to the statement. 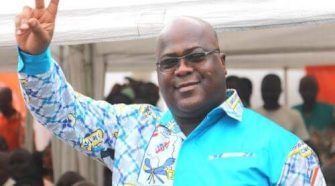