Despite repeated stern warnings from the Electoral Commission against early campaigns, the election fever is already gathering momentum in Mbarara city ahead of the 2021 Parliamentary election with numerous people expressing their interest so far.

Among them is a cinema manager who has vowed to challenge the incumbent MP Michael Tusiime come 2021.

Others are Western Youth MP, Mwine Mpaka and former Mbarara district chairman, Deus Tumusiime who are vying for a new constituency. Mbarara was named among the four municipalities which with effect from next year will be gazetted as cities by the Ministry of Local Government, and politicians have their eyes on the prize – political offices.

Mbarara city will be divided into two Divisions – South and North, each represented by a Member of Parliament.

Karungi Nassulu Sean, 27, who is currently the manager of Country Cinema Mbarara declared over the weekend that he will contest as an MP for Mbarara North. He will be up against now legislator Tusiime who hails from what will be Mbarara North Division.

Western Youth MP, Mwine Mpaka and Imam Shafik Kajiko the area councilor for Katete Ward in Nyamitanga Division are among the individuals that have so far expressed interest in representing Mbarara South Division in Parliament.

Karungi told SoftPower News said he took interest in the political seat due to gap that exists between voters and the current area MP. He says that after since the 2016 elections, the MP has ignored the constituency. Tusiime has officiated at numerous occasions in Mbarara municipality, some non-political.

Karungi also claims that Tusiime has failed to fulfill on service delivery and empowering the youths, things he pledged in his 2016 manifesto.

“I have not just joined politics, I have been following politics, and I feel like I am already come 2021. I know people will support me. I will help youths acquire loans to buy motorcycles so they can work,” he said.

But MP Tusiime disregarded his political challengers as insignificant.

“Someone tells you ‘I am going to stand here’ and next day they tell you something different. Some are local leaders who have no idea about how Mbarara was divided. How can you say that I will kill a candidate who steps in my division forgetting that when we have Mbarara South and North, then divisions will no longer be your territories as you are claiming?”

Tusiime instead advised all aspirants to wait for the right time for the voters to decide which candidate they prefer.

On the district woman MP seat, Emma Boona who formerly occupied the seat has revealed her intentions to unseat the incumbent, Rosette Mutambi Kajungu. She claims she was cheated in the 2016 elections.

Boona who accused Kajungu of doing little for the women constituency has been attending a number of functions and making pledges to different churches and women groups of women in the municipality.

The Mbarara city Woman MP seat is yet another position that is likely to be highly contested for. So far, four people have already gone public with their interest.

Jolly Kagira Tumwine, a councilor representing Nyakinengo and Kinshasa Wards in Biharwe Division says she will be contesting for the Woman MP seat in Mbarara city. She doubles as the Secretary for Health in the Municipal council.

Kagira has been championing the campaign to restore River Rwizi whose fast-dropping water levels have raised an outcry among conservationists and residents.

Meanwhile, in Rwampara which has since become a new district, Molly M. Asiimwe, a State House official is eyeing the Woman MP seat against Anna Kansiime, a district councilor representing Rugando sub-county. 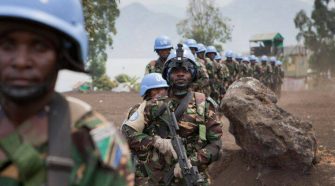