Medical doctors under their umbrella association, Uganda Medical Association (UMA) have condemned a recent incident during which the Minister of Health and legislators were denied access to the site where the International Specialized Hospital in Lubowa is due to be constructed.

The condemnation by the medics comes a week after Health Minster, Dr Jane Ruth Aceng, the Permanent Secretary, Dr Diana Atwine and MPs sitting on the Committee of National Economy were blocked by security from accessing the site in Lubowa.

The officials remained stranded outside the precincts of the site on Tuesday despite their repeated efforts to knock at the gate for anyone to give them access.

But while speaking to reporters outside the site, Minister Aceng said the incident could have resulted from a letter by the Secretary to the Treasury, Keith Muhakanizi to the Deputy Speaker of Parliament, Jacob Oulanyah barring the committee from visiting the site.

Muhakaniki noted in his August 2 letter that government handed over the site to Finasi/Roko Construction SPV Limited and as such, “government officials cannot move on and off the site at will”.

The legislators led by former Minister Syda Bbumba said blocking them from accessing a facility whose budget the same committee approved undermined their constitutional role of providing oversight.

A few days ago, the contractor behind the construction of the facility, Finasi/Roko Construction SPV Limited, instead accused the Permanent Secretary in the Health Ministry, Dr Atwine of repeated trespass on the construction site, in disregard of the site visit schedule.

According to the company, the Ministry of Health designed a schedule for site meetings to which the company and the Lenders’ Technical Advisor agreed that the next meeting would be held on August 12, wondering what the purpose of the impromptu visit on Tuesday was.

“The SPV is concerned as this incident follows an earlier illegal attempt to gain access to the construction site at about 9:30pm on 5 August 2019. Again, we are informed that the trespassers who attempted to access the site on 5 August 2019 were acting on your (Dr Atwine) instructions,” reads a August 7 letter by Simone Palmieri, the Chief Operations Officer of Finasi Roko Construction SPV.

“Having handed over the site to SPV on 10 June 2019, you are required to notify us on any intended visit on site to enable us make the necessary arrangement. Therefore, we are confused and indeed concerned why unscheduled visitors to access the site when it was handed over to SPV sometime ago,” Palmieri adds.

But the Ministry denied the claim by the SPV, insisting the contractor had been notified about the site visit.

While delivering the 16th Health Sector Barometer to reporters at Mulago hospital on Monday, Dr Ekwaro Obuku, the President of Uganda Medical Association said the officials from the Ministry of Health “were within their mandate to do so as the Accounting Officers of the Health Sector in Uganda”.

“We concur with the actions of our members of the Uganda Medical Association who visited the construction site of the said Lubowa hospital. Our members who also happen to be the leaders of the Ministry of Health, that is, Dr. Jane Ruth Aceng the Minister and Permanent Secretary, Dr. Diana Atwine were within their mandate to do so as the Accounting Officers of the Health Sector in Uganda,” Dr Obuku said.

The medics add that although they did not agree entirely with the idea of constructing a specialized hospital yet Mulago national referral hospital would require lesser funds for the same function, it (Lubowa Hospital) is an on-going project of public interest in which Ugandans will invest over Uganda Shs 1 trillion to access highly specialized medical care in Uganda”.

“Since Ugandans, through their Parliament allocated advance funds to start this Lubowa project; it is crucial that the same Parliamentarians provide oversight by inspecting the on goings of the project early on”.

The medical doctors further state that to do so, the Parliamentary Committee called upon members of the Association who happen to be leaders of the Ministry of Health to accompany them.

“Any action contrary to these infringes on our sovereignty as a nation,” said Dr Obuku.

He revealed that UMA has already gathered signatures of over 300 leaders of Doctors throughout the country in a petition to Parliament and State House to strengthen Specialized Medical Care in Uganda.

The petition calls for investment of the accessible resources in the Uganda Cancer Institute, Uganda Heart Institute and Regional Hospitals. They also appeal for a provision of a USD 100 million-credit facility for the private sector in health.

The doctors are also proposing that government invests in human capital for specialized health care professionals, and deploy them in regional referral hospitals in Uganda where they are scarce. 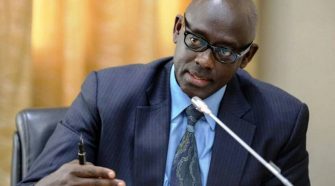