Medical Doctors under their umbrella Uganda Medical Association (UMA) have Friday expressed concern over what they termed as torture of health care workers in Uganda by security personnel as they implement directives by the President in line with preventing the spread of COVID-19, a disease caused by coronavirus.

In the directives given by the President recently, government workers are required to stay at home for the 14 days, except for the army, the Police, the health care workers, the Electricity, Water and Telecom workers.

The Health Workers are the ongoing lockdown meant to among other things meant to attend to emergencies like bleeding mothers in labour, convulsing children chronic conditions like Hypertension, patients of dialysis and primary health preventive services like immunisation.

However, Dr Muhereza Mukuzi, the UMA Secretary General says security personnel have in the first days of implementing the directives manhandled and tortured a number of health professionals at night as they move back home from their places of work.

“Over the past one week, we have recorded several incidents of torture of the frontline soldiers in this pandemic with several arrests and even battering of health workers. This is unacceptable and repugnant,” Mukuzi said in a statement.

He told this news website that among the tortured medics while returning from work at night, are a senior health officer from Kawempe Referral Hospital, an Intern Doctor from Mengo Hospital and a nurse. A doctor in Mbale was also mistreated, he says.

This week, the Ministry of Health promised to grant stickers to some medical workers working in medical facilities to allow them move without difficulty, but but this is yet to pass. Mukuzi says even then, the affected health workers in this case had no vehicles – they were walking home.

He says on the mobility of all health workers has become strained by the failure of the Ministry to avail them stickers yet the president classified their work as one of the ‘essential services’.

“Up to now we have failed to secure movement stickers to reach our designated work places. We have been tossed
around, attended numerous meetings that don’t seem to end or have a way forward on this,” Mukuzi said in a statement.

When contacted on the matter, the Ministry of Health Spokesperson, Emmanuel Ainebyoona, said the Ministry had not given out the stickers to to the health workers. He was however quick to that that the issuance was to happen Friday evening.

The Doctors also allege that some Resident District Commissioners (RDCs) charge Doctors Shs20,000 to access a district made sticker, something he say is unacceptable.

Mukuzi says government has failed to avail Personal Protective Equipment (PPE) workers in a number of health facilities. Here, he said Doctors are at risk of acquiring the virus if such materials are not provided.

“UMA guides that if there is no PPE don’t risk your life as a Health Worker. A sick or dead health worker is not helpful to himself, his family or his patients,” Mukuzi says.

As such, he appealed to government to stop the alleged torture of medical providers as well as ironing out the said hindrances continue, short of which, they intend to stay away from all heath facilities. 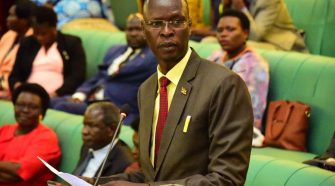