In an ultimatum to the Federation of Uganda Football Association [FUFA], Micho demands the payment of Shs194m ($54,000) debt before Cranes joins the 2018 FIFA World Cup qualifier.

Micho had earlier demanded SHs230m ($64,000) in outstanding arrears and bonuses but FUFA President, Moses Magogo, clarified that the actual debt was Shs194m.

Micho was forced to cancel his contract with FUFA and join the South African side, Orlando Pirates, last month.

He helped Uganda Cranes to the 2017 Total Africa Cup of Nations (Afcon) in Gabon after 39-years of waiting.

“Through my agent Ivica Stankovic we have written to the Uganda FA to effect this payment as quickly as possible,” Micho is quoted by press as saying.

He added: “They will need to pay before World Cup qualifiers or risk expulsion from the qualifiers.”

Uganda Cranes is scheduled to host Egypt on August 31st before the return leg on September 5th in Alexandria.

Egypt have been African champions seven times. Cranes will be guided by interim coaches Moses Basena and Fred Kajoba. 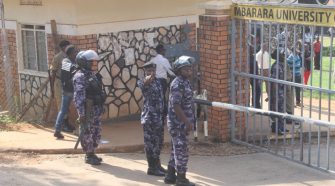