On Wednesday, FDC refused to receive nomination forms from Nabilah for the post of Mayor for Kampala Capital City on grounds that she had returned the forms past the deadline that was set by the party.

However, Nabilah noted that the deadline in question was that of the Parliamentary and local council seats and not for the Mayoral position.

Given the decision taken by FDC to reject Nabilah’s forms which the party official also said were fake, a fight ensued between her supporters and those of the incumbent Mayor, Erias Lukwago at the party headquarters.

It’s against the background of these events that the NRM Vice Chairperson Eastern Region, Capt. Mike Mukula, has asked Nabilah not to waste time in FDC but rather cross over to the ruling party. He said the NRM is ready to accord her all the support she needs.

“I have noted with great concern that Nabilah Nagayi the current Woman MP for Kampala has been barred from competing on FDC ticket for the post of Lord Mayor in the forth coming elections. I would like to inform her that she is welcome to NRM with all other FDC members who have not picked the forms to contest for Parliamentary seat,” Mukula said.

He added that, “We don’t segregate any body in NRM and we shall welcome all those who have seen the light.”

A number of FDC incumbent Members of Parliament have since been barred from returning nomination forms and these are expected to either stand as independents in the next general elections or join other political parties in the country.

A number of FDC legislators are likely not to carry the party flag in the 2021 general elections which might cost the party the position of opposition majority in Parliament. 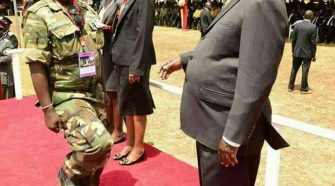