The Minister of State for Foreign Affairs, Okello Oryem has called upon the Ministry of Internal Affairs to rethink the issuance of Visas to foreigners on arrival at Entebbe Airport given the enormous challenges it comes with.

The Minister made the call on Tuesday while appearing before the Parliament committee on Foreign Affairs to defend the Ministry’s ministerial policy statement.

Oryem was responding to an issue raised by Mbala Municipaity MP, Jack Wamanga Wamai who noted that the issuance of visa on arrival has led to the reduction of the Non Tax Revenue (NTR) collected by the country’s missions abroad.

Wamai said that with the issuance of visa on arrival, a number of wrong elements may end up being allowed into the country due to poor background check up.

“You should brief the President on how dangerous this arrangement is to the security of our country, earlier, missions would carry out interviews on the applicants and would weed out wrong elements,” Wamai said.

In response, the Minister Oryem agreed that indeed there has been a reduction in the missions’ NTR, adding however, that this is due to a number of reasons and not only the issuance of Visas on arrival.

Oryem said that missions’ NTR has as well reduced due to the reduction of Visa costs from USD 100 to USD 50 despite other countries increasing the visa fees.

Oryem admitted that indeed the issuance of visas on arrival is irregular and opens up the country to a number of infiltrations from enemies.

“I don’t support this arrangement and the Minister of Internal Affairs should take interest, there is a better way it should be dealt with. It should be reviewed due to a number of reservations,” Oryem said.

“We have got so many refugees flying in all the way from Pakistan and you are left wondering why would one fly half-way around the world to seek refuge in Uganda? When they arrive here, they are given a three-month asylum and later on, allowed to work and end selling cars.”

The Minister added, “And now it has become easier to come to Uganda through such arrangements where one comes as a refugee, given asylum for three months and later settles down in the country  because they get visas on arrival.”

The Minister explained that the country has got many people that have been deported from Israel and because the airlines can not take them to any other destinations, they end up being flown to Uganda where they can get visa on arrival.

“We shall continue to engage with the Ministry of Internal Affairs over the issue and we ask them to make necessary reviews,” he said. 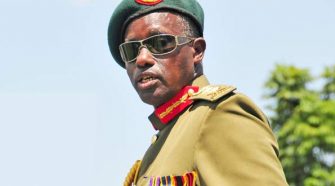