The Minister for Information, Frank Tumwebaze has called on the media in Uganda to form a strong body that will channel issues affecting journalists to government so they are discussed and resolved.

His appeal comes at the height of growing concern from the press in Uganda about the brutality against journalists perpetrated by security agencies. In recent weeks, several journalists have been arrested, some have had their equipment destroyed while others have faced restrictions by security personnel while going about their duties.

Just last week, journalists under their umbrella body, Uganda Journalists’ Association (UJA) announced plans to hold a protest to demonstrate their dissatisfaction with the continued brutality against journalists by the security agencies.

The UJA President, Hajji Kazibwe Bashir Mbaziira rallied all media practitioners to participate in what has been dubbed the Black Friday protest. He also said UJA would petition the Speaker of Parliament, Rebecca Kadaga demanding that the entire legislature prevails over the security agencies so that they refrain from the beastly acts against journalists.

“It’s clear to note that the last two months has been a troublesome month for members of the press who seem to have been in running battles with security agencies,” the UJA President added.

It followed the arrest of some five journalists while they were covering a protest by a group of refugees outside the UNCHR offices in Kololo, Kampala. The refugees were protesting against insecurity in their camps.

Now, Minister for Information while commenting on the allegations on brutality against the press, he said the narrative that the space for the media is shrinking is not correct. He however admitted that there have been incidents where the media have clashed with security, but that action (including an apology by the military) has been taken.

“Fortunately, the army came out to regret the incidents and they even took action on the responsible officers. My advice is when such incidents come, let’s have a channel on how we resolve them,” he said on Tuesday at a press briefing held at Uganda Media Centre while responding to a question on the issue.

He said that political blame game does not help.

“The media should have official Associations that engage with us as government. That is my appeal to you. As a Ministry of ICT, we talk about these concerns,” he said, citing a dialogue between President Museveni and media executives and Editors months ago where concerns from both sides were discussed.

“One missing link is – If we can have a strong journalist’s body in addition to NAB [broadcasters’ body], so we can have these issues investigated case by case,” Tumwebaze said.

While the Uganda Journalists Association (UJA) has been in existence for many years, most journalists have in the recent past not been affiliated to it. Many say the Association was for long entrapped in internal wrangles which made it difficult to unite the journalists.

Uganda dropped five places to emerge in 117th position in the 2018 World Press Freedom Index which rates the freedoms of journalists in the different countries world over.

The Index compiled by Reporters Without Borders (RSF) in 180 countries reflected the growing animosity towards the media, openly encouraged by political leaders, and the efforts of authoritarian regimes to export their vision of journalism pose a threat to democracies.

Last year, Uganda was ranked 112th globally (the least position being countries where the press enjoys its freedoms). However, this year, Uganda has fallen 5 places in the rankings. 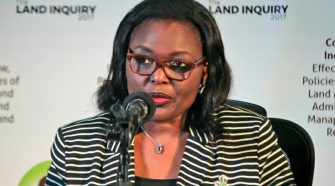