An ‘active’ measles outbreak has been confirmed in the central districts of Kampala and Wakiso, a statement released by the Ministry of Health on Tuesday indicates.

The Ministry says that surveillance and case finding reports have identified a total of 67 cases, 7 of which are confirmed by laboratory tests.

“The most affected age group are children under 1 year. All the 5 Divisions of Kampala as well as several suburbs in Wakiso are affected,” Dr. Anthony Mbonye, the Ag. Director General of Health Services said in the statement.

Government has urged the public to “avoid getting into direct contact with children infected or suspected to be infected with the disease”.

Measles is an airborne disease that mainly affects children aged between 6 to 10 months, but can also affect adults. The mode of transmission of the measles virus is through air and physical contact with an affected person.

These early symptoms often last 3 to 4 days. The most effective way of prevention is through the measles vaccine which has resulted in a 75% decrease in deaths from measles between 2000 and 2013.

The dense population in the highly urbanized districts of Kampala and Wakiso coupled with the fact that several people move in and outside the capital city could put the risk of transmission very high both within and in the country side.

Ministry of Health has, however, committed to undertake measures aimed at controlling the spread of the airborne disease.

Among the steps being taken is; investigating the extent of the spread within Kampala and Wakiso, and conducting sensitization to educate the public on the early symptoms and dangers.

The Ministry also intends to roll out immunization programs for children and manage suspected cases.

Members of the public are advised to report and immediately take suspected children to nearby health facilities and to also take unvaccinated under 5 children for immunization.

Measles affects about 20 million people a year, primarily in the developing areas of Africa and Asia. It causes the most vaccine-preventable deaths of any disease. 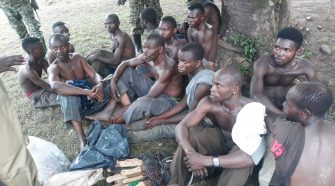