Private Sector Foundation Uganda (PSFU) has tasked Parliament to stay the debate on Mobile Money tax until a comprehensive and unbiased study is done on the effects of the tax on the country’s economy visa vis its benefits.

Members of the Private Sector led by the Executive Director, Gideon Badagawa were on Tuesday appearing before the Parliamentary committee on Finance to deliberate on the Excise Duty Amendment Bill No.2 which seeks to amend the 1% levy on mobile money transactions to 0.5% on withdrawals.

Badagawa proposed that government shouldn’t rush, but understand the tax, as it is already affecting the economy since people have withdrawn their services.

According to Moses Goli Ogwal, the Director Private Sector Development, there has been a very evident impact of the law barely two weeks after implementation where the turnover on Mobile Money has reduced by 60 percent.

Ogwal said that it would be better for government to avoid taxing the Mobile Money users but rather consider sharing revenue with telecommunications companies by stepping up the excise duty from 15% to 17.5%.

The Private sector proposes a 0% tax on mobile money, saying people have run away and should now be convinced to return to use of mobile money.

He cited Solar companies as those in losses as most of their services use mobile money for payment.

The recommendation to increase excise duty for telecoms received a lot of resistance from legislators who wondered whether it will not increase the cost of doing business and become a burden to the end users as telecoms shift the tax burden to the users.

The private sector officials argued that telecom companies can not shift the entire tax to the Mobile Money users since they are also working towards attracting more customers back to the service.

In response, Badagawa noted that it would be unwise for government to focus on collecting huge revenue in the shortest time at the expense of growing business and the country’s economy.

“We may be excited about how much we are going to get as revenue, which we may not collect, but also we should not act at the cost of business growth,” Badagawa said. 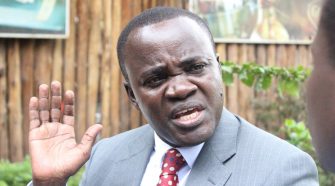