Parliament has granted leave to Kibanda South MP, Jack Odur Lutanywa to introduce a Constitution Amendment Bill, 2020 to provide for recognition of the Maragoli ethnic group as Ugandans.

While seeking leave of the House, MP Lutanywa told Parliament that over 30,000 people that have stayed in Uganda prior to 1926 have never been recognized as citizens and have as such failed to access social services.

“These Ugandans have suffered for a long time without getting social services like National Identification Cards yet for any Ugandan to access the essential services needs an ID. This group has suffered, can’t process passports, bank accounts and have continued to be marginalized for a long time,” Lutanywa said.

Lutanywa said that as such, the Third Schedule of the Constitution should be amended to include the Maragoli group despite having been residents of Uganda before the February 1, 1926.

“The Maragoli people were never included in the Ugandan Constitution as one of the indigenous groups despite being in the country by the 1st, February 1926. This group has since fought for recognition and have sent out several petitions to different government authorities including the President.

“They have stayed for more than 90 years, they can’t be relocated in their original land. They have intermarried, we should let them be recognized and be like any other tribe”.

The history about the Maragoli dates back to a migration from the North, beginning with a man called Mulogoli. He was a descendant of Kintu and led the progenitors of the Luhya to their current area. They are said to have journeyed from Arabia through Egypt via the Nile into Uganda.

A number of them settled in Bunyoro and Busoga and moved to what is now South Nyanza and other parts of Kenya.

There are other minority ethnic groups in Uganda which have never been recognized in the country’s constitution and these include; the Basibolo [Sironko], Nyangea [Kabong], Babukusu [Bugisu], Kapsegek [Bukwo], Bakama [Sironko], Mening [Kabong] and Palwo [Masindi]. 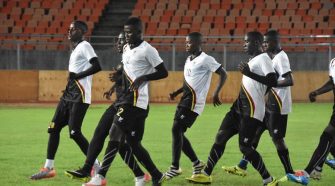