Mukono Municipality MP, Betty Nambooze has been arrested and is currently at the Jinja Road police station in Kampala to record a statement.

The legislator was reportedly picked up from her home, according to witnesses. It is yet to be established what particular offences Nambooze was arrested for.

This comes a day after Police began probing Nambooze and other people that Police alleges made offensive statements in the media, in contravention of the Computer Misuse Act.

According to a statement issued by the Police spokesperson, SSP Emilian Kayima said this was connected to investigation into the shocking assassination of Arua municipality MP, Ibrahim Abiriga which occurred last Friday near Kampala.

“The Police have in possession voice recordings including two posts by Hon Betty Nambooze Bakireke, MP Mukono municipality which contravene with the Computer Misuse Act,” the statement read in part.

Nambooze is currently at the Police station where her lawyers, Erias Lukwago, Medard Ssegona as well as the MP for Rubaga North, Moses Kasibante hurried to the station shortly after the arrest.

Meanwhile Police is also probing into the acts of violence that ensued in Arua municipality on Sunday when the bodies of Abiriga and his brother, Kongo Saidi with whom he was killed arrived in the town.

As the motorcade carrying the two caskets drove through Arua town on Sunday, rowdy residents forcefully blocked the roads and lifted the caskets containing Abiriga and the brother from the vehicles and carried them. At the late Abiriga’s home, the angry mob destroyed plastic chairs and other property.

It is for some of these offences that Police is now investigating, according to SSP Emilian Kayima. Already, four general inquiry files have been opened at CID headquarters, Kayima said.

The general inquiry files will investigate inciting of violence, disturbance of the dead, and malicious damage including a police motorcycle (Reg No UP 6531) which was burnt to ashes.
Four other vehicles; a Police ambulance and three other cars belonging to A Plus Funeral Services which were carrying caskets were also damaged by the crowd.

Kayima said that Police is also probing into the malicious damage by the mob of a motor vehicle Reg No UAN 360N and other property such as tents, plastic chairs, cups, plates and front main door at the home of the deceased. Another car Reg No 902R was reportedly plucked off its rear bumper and the windscreen smashed. 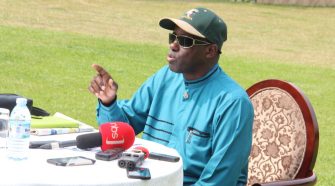