Makindye West MP, Allan Ssewanyana could spend a couple of days in Police custody, following his arrest on Monday by Police when he tried to close the main gate of Kiruddu Hospital, whose sewerage disposal system he said is in an alarming state.

The youthful MP first addressed journalists at his office in Makindye Division, where he said he was privy to information that government released Shs 3bn for a sewerage lagoon for the health facility but that authorities at the hospital have done nothing to fix the sewerage problem.

He would later arm himself with chains to the hospital ready to rock it up, but moments into his attempt, officers of the Uganda Police swung into action and arrested him.

SoftPower News has since learnt that the Ssewanyana was then driven to Nagalama Police station where he is currently detained.

According to Kampala Metropolitan Police Spokesperson, SP Patrick Onyango, the legislator was arrested when he tried to block patients from accessing the facility for medication.

“Mr Ssewanyana attempted to close Kiruddu hospital yet the facility is used by hundreds of people. Closing it would deter them from their right to medical treatment,” Onyango said.

He says Ssewanyana went with a mega phone and he was shouting from the vicinity of the hospital, which Police could not allow since the place admits patients who need maximum silence.

Asked when the MP will be presented to court, Onyango said Police is still carrying out investigations and will inform the public soon.

He says the Makindye West legilator is charged with inciting violence and unlawful assembly.

The Senior Public Relations Officer of the Ministry of Health, Emmanuel Ainebyoona refuted claims there is stagnant sewerage at the facility.

“Much as we are working on the sewerage system, there is nothing like that at Kiruddu Hospital. We have trucks which ferry it it off as we fix the system,” Ainebyoona told SoftPower News before referring us to the facility to witness the situation ourselves.

He said the legislator could simply be looking for political capital and sympathy from the public.

On April 26, 2018, Kampala Capital City Authority (KCCA) threatened to close down Kiruddu hospital on grounds that the facility had become a menace to the community, after receiving numerous numerous complaints from the residents around the hospital.

While appearing before the Parliamentary Committee of Natural Resources in September last year, National Water and Sewerage Corporation (NWSC) Managing Director, Eng Dr Silver Mugisha said the Corporation was seeking Shs 4bn to address the stench from Kiruddu hospital to the surrounding environment.

He said KCCA and Ministry of Health had notified NWSC of the challenge because they had failed at dealing with sewerage system because the number of patients increased, so the septic tank was not big enough to handle the sewerage. 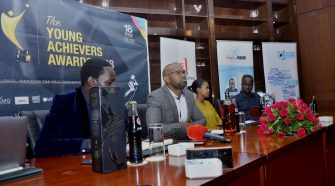