Lwemiyaga County Member of Parliament, Theodore Ssekikubo has Friday morning been arrested by officers of the Uganda Police Force for inciting the public to forcefully move cattle in a quarantine area.

The lawmaker is currently detained at Masaka Central Police Station.

“He has been arrested for inciting the public to forcefully move cattle in a quarantine area on the Friday market. He was arrested this morning and currently detained at Masaka CPS,” Enanga said.

He reiterated that details into the matter will be communicated later on.

The Commissioner Animal Health Dr. Anna Ademun slapped a quarantine on cattle trade and subsequently ordered the closure of Kyemamba, Lugusulu and Rumegyere market on August 20, 2019 after the outbreak of Foot and Mouth Disease (FMD) in Mitima subcounty, Sembabule District.

However, the residents of the area led by MP Ssekikubo were dissatisfied with the decision on grounds that their nearby areas were proceeding with the same cattle trade.

As such, this week, they petitioned the Speaker of Parliament, Rebecca Kadaga over what they termed as “arbitrary and unlawful orders” to Police that were allegedly issued by the Minister of Security, Gen. Elly Tumwine to blockade the cattle market of Lwemiyaga.

Ssekikubo told journalists at Parliament that Lwemiyaga market has been illegally blockaded despite not being on the list of areas that were blockaded by the authorities.

The petitioners said the Commissioner’s orders were emphatic on closure of 3 markets and there have never been any orders for closure or quarantine of Lwemiyaga market.

The MP said that according to FMD Regulations issued by the Ministry of Agriculture, the outbreak of FMD affects an area in the radius of 20kms for purposes of ring vaccination and other control measures.

Lwemiyaga market is 36kms away and far from Mitima village where the FMD occurred.

Ssekikubo said it is also surprising that Kyemamba market which is 7kms away and on the border with Lyantonde was specifically closed by the Commissioner Animal Health but reopened and is operating without any hindrance from Police.

Ssekikubo said that in a further display of double standards, in Mitima village, there are butcheries, over 4 markets with other 3 milk coolers operating and processing milk in the area.

He accused Gen Elly Tumwine of ordering police to arrest the District Veterinary Officer, Dr. Angello Ssali on August 15 and 24, only to be released days later with no charges.

He added that there is collusion and personal profit fuelling the blockade of Lwemiyaga market and the fictitious quarantine at Mitama.

“Gen. Elly Tumwine the Security Minister himself freely deals in cattle and is a close confidant to Moses Ninsiima, the force behind the reopened Kyemamba market”.

“It is in his interest that only Kyemamba remains operational for monopoly and extortion purposes,” Ssekikubo alleged.

However, Gen Elly Tumwine on Wednesday refuted allegations and referred to Ssekikubo as a liar who should be held responsible for inciting violence and maligning him.

“Ssekikubo is a liar. If I have committed a crime, he should go to court. The responsibility of closing down markets as well as opening them is for the Ministry of Animal industry and not the Ministry of Security,” Tumwine said.

The Minister said the Ministry of Security can only come in when there is any threat to peace and security in the area.

He noted that Ssekikubo is inciting people to break the law by pushing them to open the market yet it was put under quarantine.

“He thinks that by inciting people to defy lawful orders, destroy people’s property as well as breaking the quarantine, he will go untouched. It’s only the Commissioner Veterinary services who has the right to open any market,” Tumwine noted. 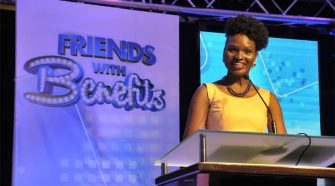