Members of Parliament (MPs) sitting on the Committee of Commissions, Statutory Authorities and State Enterprises (COSASE) have advised the officials of Bank of Uganda (BOU) and the former Director Supervision, Justine Bagyenda to disregard all their differences and respond to committee queries as a team.

The MPs made the comment on Wednesday while interfacing with BOU officials led by the Governor, Emmanuel Tumusiime Mutebile. This is the second week of the probe by Parliament into the manner in which the Central Bank executed the closure of seven defunct banks.

Bagyenda was on Monday summoned to appear before the committee after the Director Financial Markets Development Coordination, Benedict Sekabira told the committee that she (Bagyenda) was in charge of receiving all reports of the liquidation of the International Credit Bank Limited (ICB), one of the banks in question.

However, on appearing before the committee, Bagyenda declined to respond to several of the questions that were put to her by the legislators and instead restricted her response to the issue of reports.

“In my introduction, I stated that I retired from the services of the bank and therefore, I don’t have any documentation in my custody to allow me respond to these questions because this committee is evidence based,” the former Director of Supervision at the Central Bank told the Abdul Katuntu led committee.

“All I can say is – all the questions asked are well documented in the files I left behind at the bank. I was told the question the committee needed me to answer is whether the liquidator submitted reports to me since at the time I was the Director Commercial Banking and EDS. That is the question I came to answer,” Bagyenda said.

Her response however did not sit well with the members on the committee, who then insisted that she addresses herself to the questions asked.

The Committee Chairperson, Abdul Katuntu told Bagyenda: “The reason we required you at that point was that the files were not here. Now that the reports have been brought, we shall go through them and question you on them”.

Katuntu further informed Bagyenda that she was going to be very useful to the ongoing investigation.

“We shall subject the files to scrutiny and find out whether they certify the standard of a report”.

Busiro East MP, Medard Ssegona advised Bagyenda to understand that when the committee invites Bank of Uganda and she comes as part of the group, they are expected to answer to the queries.

“Even where you don’t have the files, we expect you to look at the files and refresh your memory and answer all our questions,” Ssegona said.

“My honest advice is that you may have to sit down with the current office bearers. I am sure you will receive the comfort of your former office and read through the documents together so as to help this committee benefit from your institutional memory,” he further advised.

Similarly, committee chairperson, Katuntu advised that the officials from BOU together with Bagyenda work as a team.

“Mrs Bagyenda, you were in these offices and took some of these decisions. Talk to your colleagues who are in these offices, say that this question they were asking is in file X, so that when we go tomorrow, we go with all the documents to the responses”. 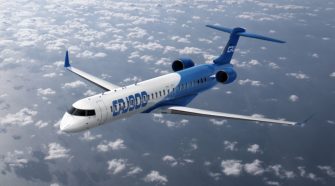