Some Members of Parliament representing workers have warned that the selective salary increment of teachers may result into demotivation of some public servants whose wages have not been revised.

Government recently released the list of selected civil servants whose salaries have been increased in the coming financial year 2018/19 catering mainly for those in science related fields and sidelining those in the humanities field.

Addressing a news conference at Parliament on Thursday, Margret Rwabushaija who represents workers in Parliament said that such kind of increment is going to demotivate teachers especially those teaching arts.

She argued that, “Their colleagues in the same scale but teaching Science subjects are going to earn Shs2, 000, 000.”

Rwabushaija wondered how effective supervision shall be done in schools when in the same proposed salary increments, the Head teacher will earn Shs 2 million and a Deputy Head teacher Shs 1.7 million respectively.

Agnes Kunihira another workers MP noted that considering this increment, just shows that government has no will to fight corruption because the underpaid civil servants will continue to engage in corruption for survival.

She noted that with this little pay by government to its workers it also makes it difficult for workers unions to agitate for better pay to Ugandans working in the investors companies appealing to government to pass the minimum wage bill. 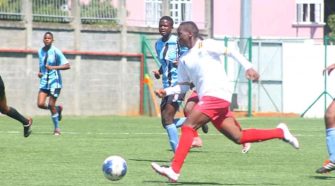