A section of Members of Parliament from Buganda have criticized the creation by NRM MPs of a parallel caucus of the NRM Buganda Parliamentary caucus.

On Sunday, NRM members of Parliament during their retreat in Kyankwanzi elected Kabula County MP, James Kakooza as the chairperson of the Buganda NRM caucus.

Kakooza will be deputized by Syda Bumba, while Kasozi Muyomba is the General Secretary, Simeo Nsubuga the Publicity Secretary, Muyanja Mbabali Treasurer while Michael Bukenya is a committee member.

The NRM Chief Whip, Ruth Nankabirwa will serve as an ex-official on the committee while the Foreign Affairs Minister, Sam Kutesa is the NRM Buganda Caucus Patron.

However, this move has faced criticism from opposition and Independent MPs who are as well members of the Buganda caucus noting that there is no need of having two Buganda caucuses at the moment.

Nakaseke Lutamaguzi South MP, Paulson Lutamaguzi Ssemakula commented saying he was not surprised that such a decision could be taken by the NRM members in Kyankwanzi noting that it is expected out of them since their interests are always to excite President Museveni.

“Some of those members in Kyankwanzi are ready to surrender even their understanding to Museveni because you can’t tell me that we can move to have a parallel Buganda caucus yet we have a fully constituted parliamentary caucus,” Lutamaguzi said.

Lutamaguzi said that most of the members that have been elected in the NRM Buganda caucus are opportunists who are only aiming at seeking recognition and favours in form of Ministerial posts from the President.

He noted that despite the challenges that the NRM caucus under the leadership of Mukono North MP, Muyanja Ssenyonga, is facing, there was no need to NRM to form a parallel Buganda caucus.

“This move undermines the integrity of the people we put in Parliament because you can’t tell me, those are mature people, what are they looking for. We want to applaud Ssenyonga for having stood his ground because they wanted to use him to champion the motion of sole candidature and he chose to sit behind because he didn’t want to be hated by the public,” Lutamaguzi said.

Rubaga North MP, Moses Kasibante said that this could be a move by the NRM Buganda region MPs to secede from the Buganda Caucus because there can’t be a caucus within a caucus.

“We have to convene and see how to discipline these errant members and we must expel from the leadership of the caucus, we can’t just look on as some people are ceding from interests of Buganda,” Kasibante said.

He wondered why this is only happening for the Buganda caucus yet there are other regional caucus that have not thought of creating any parallel caucus.

Busujju County MP, David Kalwanga noted that the move by the NRM MPs to create a parallel caucus is simply diversionary.

“We are watching and we all understand what took the MPs in Kyankwanzi, they are now simply rubbing their minds, what they have done with the Buganda caucus is just diversionary and they can’t change the leadership of our caucus,” Kalwanga said. 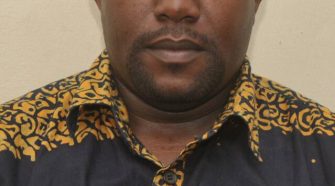