Members of Parliament led by Budadiri West MP, Nathan Nandala Mafabi are calling for an investigation of Bank of Uganda over its role in the supervision of financial institutions.

Moving a motion to have a select committee carry out this investigation, Nandala-Mafabi said that despite the Bank of Uganda being equipped with rigorous mechanisms for supervision of commercial banks, there have been reports that mismanagement of Crane Bank, collusion, corruption and insider trading went undetected.

“The systematic failure by the Bank of Uganda to fulfil its core statutory mandate is an indicator of incompetence and potential complicity on the part of BoU,” he said.

Nandala-Mafabi added that the Central Bank officials be held responsible for failing to supervise the performance of Crane Bank while giving false information that it was the third best operating bank in the country.

“How could the collapse of Crane Bank have happened overnight when over five years, the Bank of Uganda was reporting it as best performing? Someone must be held responsible,” he added.

The legislator also called for an investigation into the audit firm Ernst & Young, which was responsible for carrying out audits of Crane Bank.

“Ernst & Young must be brought to book for reporting that there was no problem. There must have been collusion which must be investigated,” he concluded.

The seconder of the motion, Hon. Raphael Magyezi, said that according to the Bank of Uganda Act, the Central Bank is supposed to ensure high standards of conduct in the banking sector but it failed with Crane bank.

“BOU exhibited a high level of incompetence. Crane Bank would have been saved if the Central Bank had done its duty,” he said.

Magyezi wants an investigation into claims that Crane Bank was the third best bank and yet acquired credit from the Central Bank.

“Any guarantee by the Bank of Uganda must be sanctioned by Parliament. Could the role of the House have been abused by the guarantee of shs200billion and shs400 billion respectively?” he asked.

The Deputy Speaker deferred debate on the Motion to next week pending clarification from the Chairperson of the Committee on Commissions, Statutory Authorities and State Enterprises (COSASE), which he said, “could be investigating the matter before we take a decision on this.” 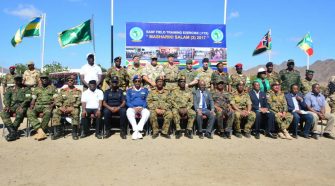