The Speaker of Parliament, Rebecca Kadaga has directed the Attorney General to report to the House on Thursday and explain the legality of President Museveni’s decision to deploy the Uganda People’ Defence Forces (UPDF) who took charge of the fisheries sector in the country.

This followed a committee report on the operations of the Fisheries Protection Force which is under the UPDF that the committee found wanting.

The Chairperson of the Committee and also Abim District Woman MP, Janet Grace Akech Okorimoe told the House that they found out that despite the Force restoring sanity on the water bodies, the officers have used excessive force against citizens leaving many tortured and arrested brutally.

The committee recommended that the UPDF stops all kinds of brutality but serve Ugandans with a sense of humanity.

As debate on the report ensued, Jinja East MP, Paul Mwiru questioned the legal regime under which was the UPDF operating.

“Section 2 of The Fisheries Act provides that there shall be a Chief Commissioner for Fisheries who shall appoint anyone to conduct any activities on the lake; we need to understand whether the President’s letter substituted the Fisheries Officer by appointing UPDF to take over the management of the water bodies?” Mwiru inquired.

He added, “May you guide as to whether the President’s letter overtook the legal regime in respect of this sector so that we proceed generally.”

In response, the Minister of State for Agriculture, Christopher Kibazanga noted that Mwiru’s question seemed to be questioning the authority of the Commander-in-chief.

“We need to understand under which circumstance he appointed the UPDF to restore sanity on the water bodies. It had reached a point when civil authorities on our water bodies were overthrown by the mafias on the lakes and there was total destruction,” Kibazanga explained.

His explanation faced resistance from the members including the Speaker, Rebecca Kadaga.

Kadagaa noted that, “There is an Act of Parliament but we are asking which one takes precedent, is it the Act of Parliament or the President’s letter, we want to know the legal regime regulating the fishing sector in the country.”

Kibazanga noted that the President didn’t overthrow the law but simply came in to address the chaos that was prevailing on the water bodies and it had became so difficulty for the civil authorities to operate.

Kibazanga’s submission was supplemented by the Minister of State for Housing, Chris Baryomunsi who told the House that it is not true that the President overthrew the Act of Parliament because the Commissioner as provided in the Act has not been dismissed and he is still working.

“By the President deploying UPDF to supplement the other officers is actually implementing the Constitution by exercising his executive authority,” Baryomunsi said.

However, his explanation raised more orders and procedural matters from the legislators which prompted the Speaker to put the debate to a halt ordering the Attorney General to report to the House on Thursday with a clear explanation on which legal regime is the country operating the fishing sector.

The legislators had earlier noted that all the problems that citizens have encountered on the lakes have resulted from the lack of collaboration from the UPDF officers who have always claim  they are only answerable to the President and nobody else including leaders in the affected areas. 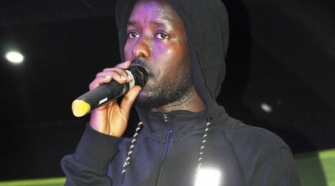