A section of MPs led by Bufumbira East MP and former Minister of Ethics, James Nsaba Buturo have vowed to challenge passing of the National Biotechnology and Biosafety Bill saying that it promotes use of Genetically Modified Organisms (GMOs) which are dangerous to Ugandans. Read More: Museveni Wants Law on GMOs Revised to Protect Indigenous Varieties

Their comments come after President Yoweri Museveni refused to assent to the Bill that Parliament passed October last year.

Museveni in a letter to the Speaker Rebecca Kadaga dated 21st December 2017, cited eleven reasons why the Bill must be reconsidered by parliament. The President asked that Parliaments reviews some sections of the Act including stipulating of gazetted places where these genetically engineered crops and animals will be placed.

He said that it was wrong to give monopoly to these modern GMOs over Ugandan organic crops and animals and that the law should provide for sustainability of the latter.

Now, legislators who also include Ngora county’s David Abala are blaming Ugandan scientists and some Parliamentarians for falling prey to the powerful GMO lobby in contrast to their peers in developed countries who have rejected GMOs like Netherlands in Europe.

“Ugandan scientists knowingly or not are being used by powers from without to create a climate of suitability for domination of our country and impose various technologies that would serve their interests and not those of Ugandans,” Buturo said.

Buturo noted that the enactment of the Bill means that the indigenous seeds will be phased out and every season Ugandans will have to buy imported seeds. In case of failure to manufacture seeds by foreign companies, food will be scarce, he added.

“Uganda does not need GMOs as a means to achieve food security or even maximum production; Uganda is ranked the world’s second best organic food producer but if GMO bill becomes law, this will gravely undermine the safe organic foods thereby endangering people’s live.”

He also says scientists behind this bill want to make Uganda a home for experiments on animals, humans, drugs and vaccines yet this can never be allowed in more developed countries.

David Abala said that the group is mobilizing fellow legislators to oppose efforts to pass the Bill even before the committee stage.

He argued that if legalized, the use of GMOs is capable of increasing the spread of numerous cancers in the country.

The National Biotechnology and Biosafety Bill was passed in 2017 in an unclear manner during the plenary without quorum, presided over by Speaker of Parliament, Rebecca Kadaga.

Many local experts in agriculture have previously opposed the idea of embracing GMOs arguing that it is capital intensive (heavily reliant on fertilizers) which local farmers might not afford.

They also say that these modified varieties will negatively affect Uganda’s agricultural exports since some markets like the European Union have harsh policies on GMOs.

Foot and Mouth Disease Vaccination is Free and Compulsory – Govt 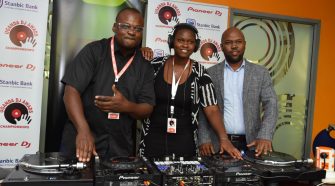