Eight Members of Parliament on the Legal and Parliamentary Affairs Committee have finalised a minority report against the lifting of the constitutional Presidential age limits.

The eight joined by a section of other Anti-age limit MPs addressed the press at Parliament on Monday ahead of tomorrow’s suspected debate of a main report by the Legal committee.

The committee has been consulting different stakeholders on the contentious amendment and is set to table the final report for discussion.

Led by the shadow Attorney General Minister, Wilfred Nuwagaba, MPs opposed to the amendment say they are upbeat and anxiously waiting for debate of the Bill.

The Bill seeks to repeal Article 102 (b) of the constitution which places age caps of 35 and 75 as minimum and maximum respectively, for one to stand for President. But many say the move is calculated to pave way for the incumbent President Yoweri Museveni (now 73 years) to stand again come 2021.

Nuwagaba has called upon all MPs especially those in the ruling NRM party to this time round not consider promises from the President but rather make a decision that will liberate the country.

“We have prepared and signed our report distancing ourselves from the main report and the reasons therein are very clear, and they will be known when the report is laid on the floor of Parliament,” Nuwagaba said.

“We do believe that what we have prepared and signed reflects the will of Ugandans. You may have noted that the committee which was meant to consult the people of Uganda only met a few individuals within Parliament. We know Ugandans are behind us.”

Muhammad Nsereko, the MP for Kampala Central said that the voting on this Bill will determine MPs who feel for democracy of the country.

He warned the Speaker of Parliament against conducting the voting in a secret manner on such an important item that all Ugandans are anxiously waiting to hear the voices from their representatives.

The Lwemiyaga County MP, Theodore Ssekikubo, Kasanda North MP, Patrick Nsamba of Kasanda North and Felix Okot Ogongo who represents Dokolo South vowed not to bow to intimidation and manipulation from their NRM party and that they will not tolerate security threats and attacks on MPs as was a case on September 27.

The Legal and Parliamentary Affairs Committee comprises of 29 MPs, 19 of whom are from the ruling NRM party. 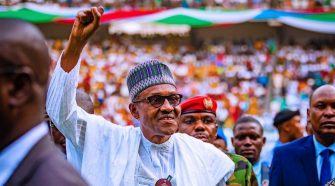