Several Members of Parliament (MPs) have come out to criticize the conduct of the Minister of Health Dr. Jane Ruth Aceng and other Ministers who have continuously flouted the Standard Operating Procedures (SOPs) that have since been put in place in the fight against COVID-19.

Over the weekend, media was awash with video recordings as well as photos showing the Minister of Health moving in a crowding rally without observing the social distance guidelines as well as not putting on a face mask.

While raising on a matter of National Importance, Kalungu West MP, Joseph Gonzaga Ssewungu noted that to the disappointment of many Ugandans, the Minister of Health has gone against the very guidelines that she has set which have left many suffer economic and physical stress.

“The Minister who is supposed to be the custodian of these regulations was seen flouting the same regulations, she was seen in Lira District with citizens without observing social distance, addressed a crowd of people without wearing mask,” Ssewungu said.

Ssewungu added that the Electoral Commiussion revised the guidelines in consideration of the set guidelines which have been found to be undesirable upon the advise of the Minister who is flouting the regulations.

Commenting on the same matter, Makindye West MP, Allan Ssewanyana told the house that on Sunday, the State Minister for Kampala Capital City Authority, Benny Namugwanya was also seen holding a rally in Mubende District an action that is against the COVID-19 guidelines as issued by the Electoral Commission.

“The Minister of State for Kampala, Benny Namugwanya who has been all over stopping the people of Kampala from opening up their business was on Sunday seen Madudu- Mubende District holding a rally of over 2000 people, they were gathered, standing, singing and enjoying normally, leaving us wondering why the city dwellers are left to suffer,” Ssewanyana said.

Ssewungu thus demanded that Minister appears before the House and explain why she flouted the regulations she set herself and why Police didn’t take any action to apprehend her.

“The Minister should explain to the house why she flouted the COVID-19 regulations and apologise to this house, she also has to tell us whether we have Corona virus in the country or she has been misleading the President,” Ssewungu demanded.

Rubaga North MP, Moses Kasibante noted that Parliament should move a censure motion against the Minister for flouting the regulations.

“I have watched the video clip were the Minister claimed that she was training residents on the use of masks but in attendance there were no health officials apart from her supporters who were putting on yellow shirts,” Kasibante said.

In her ruling, the Speaker of Parliament, Rebecca Kadaga summoned both the Ministers to appear before Parliament and explain themselves.

The Speaker wondered why government can’t move to prepare its citizens to live with the virus other than continuing to keep them under lockdown.

“I really want government to be more serious about this issue of Covid, can’t we learn to live with it and just organize our society to manage it because how long will this lockdown continue; its important we guide our people how to live within the situation,” Kadaga said.

She added, “We now want an evaluation of this lockdown, leaving the people in suspense isn’t right, the Prime Minister should arrange and give us an update so that we discuss it in the house.”

Other Minister that have been castigated for flouting the COVID-19 Standard Operating Procedures include; the Minister of Microfinance, Haruna Kasolo who is accused of assuring his constituents that there is no Covid in the country and the Minister of East African Community Affairs, Gen. Kahinda Otafiire accused of holding Political rallies. 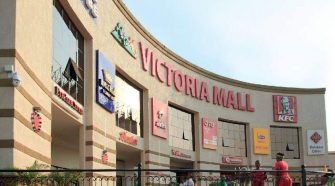 Victoria Mall Entebbe Had Highest Footfall in E.Africa in Half 2 of 2018 – Knight Frank