Members of Parliament have raised concern over the increased brutal, rowdy and inhumane conduct of staff from Multiplex, a company that was contracted by Kampala Capital City Authority (KCCA) to collect street parking fees.

The concerns followed a matter of National Importance raised by Bugabula South MP, Henry Kibalya. The legislator noted that on several occasions, Multiplex personnel have harassed Ugandan drivers in the capital city and have had their cars clamped for no good reasons.

“The behavior of the muscular men of Multiplex, who move on pick-ups clamping down vehicles is so wanting. Multiplex was contracted to manage parking and not stop-overs,” Kibalya said.

Kibalya said that it should be put in consideration that not all motorists that drive in Kampala are city residents. At times, he said, some motorists in Kampala park for a moment to pick a phone call or drop someone, only for Multiplex agents to drive to swarm them and clamp the vehicle.

“On several occasions, these guys do not understand and they don’t reason at all. Many people have suffered at the hands of these officers,” Kibalya noted.

In response to the matter, the State Minister for Kampala Capital City Authority (KCCA), Benna Namugwanya admitted that indeed government should reign over the company since the issue has become rampant.

“I thought it was an isolated case but the fact that it is very rampant, as a Ministry, we are going to take it up. We shall need to redefine to these people where their responsibility stops,” Namuyangu said.

She added, “I have realized that these people don’t differentiate between parking and stopping, yet the two are different. We are going to engage them to let them know what they should do and how they should do it”.

The Speaker of Parliament, Rebecca Kadaga ordered the Minister to report back to the House within two weeks. The report will entail the agreed upon guidelines.

The complaints from MPs come at the time when a recent report from the Auditor General pointed out that KCCA has failed to collect funds to a tune of Shs 433.8m from Multiplex despite the street parking company collecting money daily. 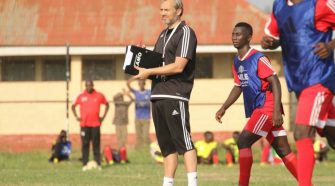